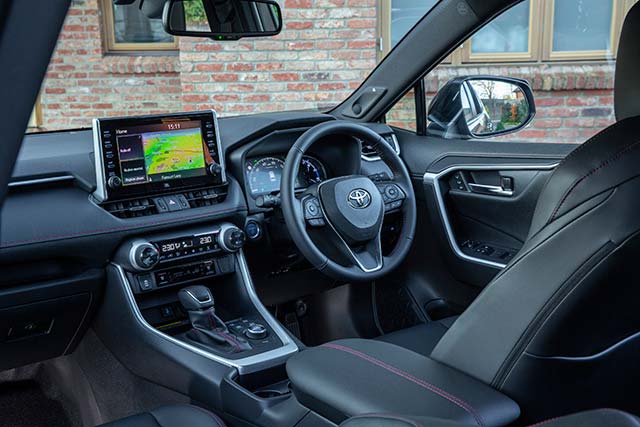 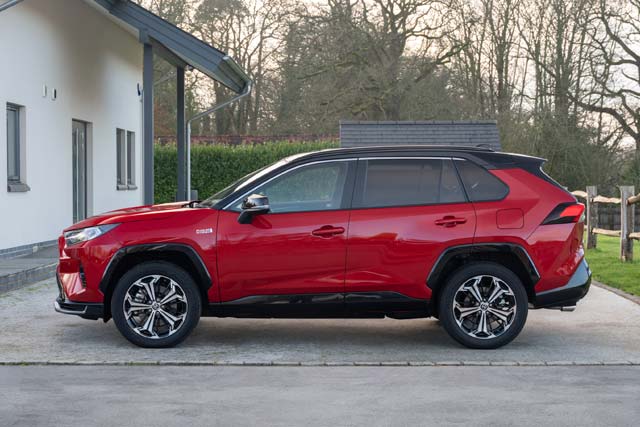 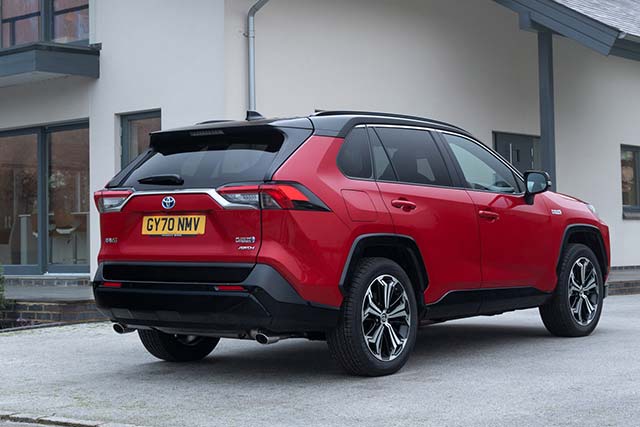 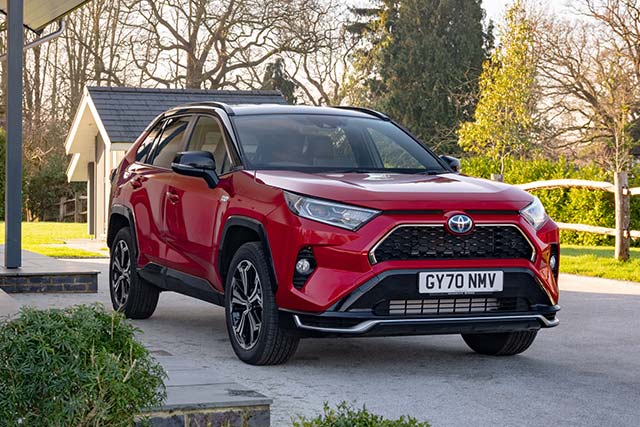 Toyota reaches another landmark in the evolution of its hybrid powertrain technology with the launch of the new RAV4 Plug-in Hybrid, a car that’s both the most efficient and most powerful RAV4 yet built.

Available to order now from Toyota retailers ahead of April deliveries, the new model maintains the reputation for innovation that has helped establish RAV4 as the world’s best-selling SUV. Worldwide, more than 10 million RAV4 have been sold across five vehicle generations since 1994; in the UK the total has exceeded 228,000.

Toyota has applied its world-leading hybrid technology expertise to produce a vehicle that is not only more powerful, producing a maximum 302bhp/225kW, but which also outperforms all its rivals in terms of low emissions and fuel economy. Official weighted WLTP combined cycle figures show 22g/km CO2 and 282.4mpg – superior to all the model’s segment competitors.

RAV4 Plug-in operates as an authentic electric vehicle: EV running is its default mode, in which it can cover up to 61 miles in urban driving (WLTP city cycle) on a full battery charge, and 46 miles in mixed (WLTP combined cycle) driving, comfortably more than the average European daily commute, and reach speeds of 84mph (where permitted), with no intervention from the hybrid powertrain.

The driver can select from four different drive modes to suit the journey or personal preference, including an Auto EV/HV mode which automatically switches the vehicle to HV operation when extra drive power is needed, bringing the 2.5-litre hybrid engine into play, then returning to EV operation when conditions allow.

Recharging of the lithium-ion battery is simple and safe and can be accomplished in 2.5 hours using a 230 V/32 A connection and a wallbox charging unit. Type 2 cables for connection to a domestic power supply or wallbox are provided as standard. Owners can use the Toyota MyT app to schedule and monitor battery charging remotely and conveniently operate the air conditioning system to warm up or cool the cabin before setting off.

Beyond its sophisticated and effective powertrain technology, the RAV4 Plug-in retains all the qualities that have made the fifth generation RAV4 so successful since its launch in late 2018. This includes the dynamic benefits of the low centre of gravity – lowered further by the location of the battery pack beneath the cabin floor – and body rigidity inherent in the Toyota GA-K vehicle platform. It also comes as standard with AWD-i intelligent all-wheel drive.

On-the-road prices are £47,395 for the Dynamic and £50,895 for the Dynamic Premium. For company car tax payers, the benefit-in-kind rating for the RAV4 Plug-in Dynamic is from six per cent, giving a first year charge of £1,136 for a 40 per cent tax payer.