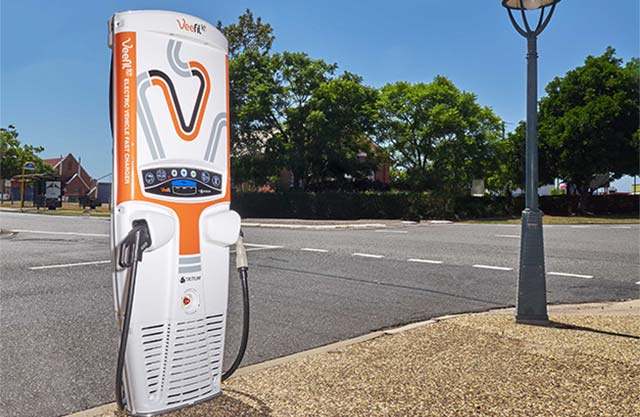 Australia-based Tritium, a world leader in electric vehicle DC fast charging technology, has launched its Plug and Charge solution, the first of its kind in the world available to the market.

The technology, leveraging the ISO15118 standard, enables an electric vehicle and charger to communicate seamlessly and authorise payments directly from the driver’s account, without the need for a card or RFID tag.

The Tritium offering is the first to market and is available immediately for charge point operators to deploy on Tritium’s PK350kW DC High Power Chargers.

The technology promises to reshape the customer experience (CX) for the driver and enable the once-siloed approach to charging payments to be broken down with disparate charging networks able to interoperate. Drivers will be able to approach a charger, regardless of the charging network operator, and their charge session will be automatically and securely billed from the moment the charger plug connects to the vehicle.

“This firmly and irreversibly tips the convenience scales to the recharging experience over the refuelling experience,” said James Kennedy, Chief Technology Officer and co-founder, Tritium. “It’s going to be as simple as how we charge our phones, but with the added benefit of charging our bank accounts at the same time. There is no more need for a membership card or even to swipe a bank card at a terminal; this is the first and most secure iteration available to the market and, once deployed to critical mass, will render any former payment process as archaic.”

Kennedy says the Tritium Plug and Charge solution is more secure than the former card-swipe or RFID tag payment method. “A third party, such as Hubject – which provides an automated and secure data exchange enabled by ISO 15118-conforming Public Key Infrastructure – is responsible for cryptographic certifications between the vehicle and the charger, and our technology ensures we are securely storing cryptographic keys on the charger side in a way that other chargers can’t,” he said. “You’re more likely to lose a card and have someone swipe it somewhere than by someone being able to access account details via our Plug and Charge technology.”

Kennedy said Plug and Charge will also remove another barrier to EV adoption. “Right now, EV drivers approaching an EV charger will likely have to sign up for that network’s system to access it and pay for the charging session, adding unnecessary time to the experience and siloing charger networks; even accounting for the ability to pay by credit card at some chargers this is wildly inconvenient,” he said. “With Plug and Charge, you’ll be able to plug the charger into the vehicle and it just charges, from your battery to your account.”

What is required for the technology to hit the critical mass required, said Kennedy, is buy-in and adoption on a large scale from charge point operators.

“Every charge point operator will soon look to do this; we see it from a payments perspective as no different to using a particular bank card at a competitor’s ATM,” he said. “It’s taking the friction and hassle away from the experience and operators will benefit from this seamless experience.”

Electric vehicles will also need a way to secure the vehicle-side cryptographic key which will become common place with emerging models. “The vehicles will need to have the storage technology built in, in much the same way as paying for something with your smartphone requires NFC technology,” said Kennedy. “Once that becomes the norm, as NFC has, you will see the incidents of Plug and Charge payments skyrocket.”

“We placed our innovation centre strategically in Amsterdam and at the epicentre of Europe’s automotive manufacturing sector,” said Kennedy. “That investment has paid off, and directly led to the rapid development of the technology. It’s a major reason why we’re first to the market with a secure and advanced charger technology once again.”

“This is a game changer for EV drivers in the future, making the charging as simple and as easy as it is for Android phones to charge with a USB-C adapter, for instance,” he said. “It will just work.”

May 25, 2020Blagojce Krivevski
Oliver Heilmer and Renzo Vitale talk about design, sound and the special symbiosis at work in the fully electric MINI Cooper SENorthvolt and Vattenfall partner on Voltpack energy storage solution