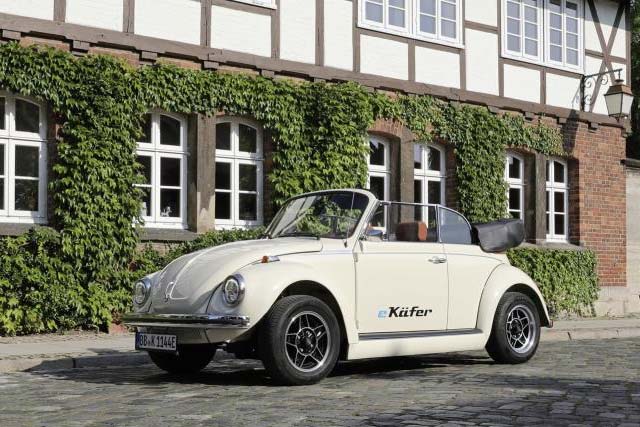 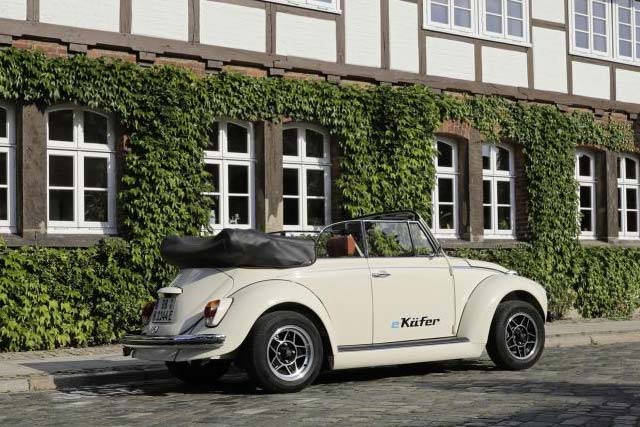 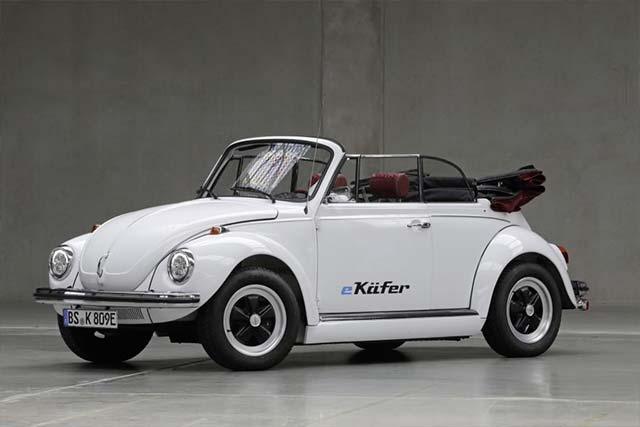 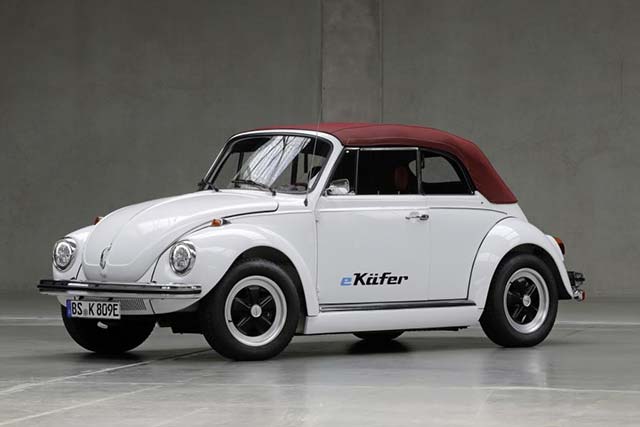 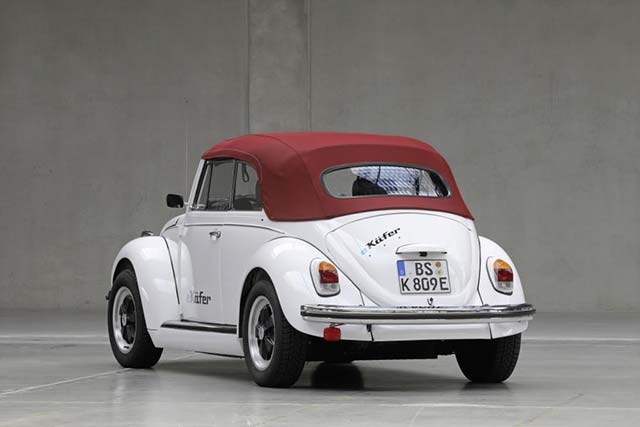 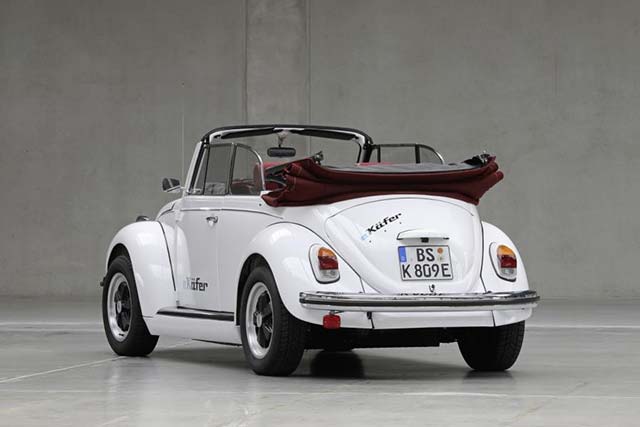 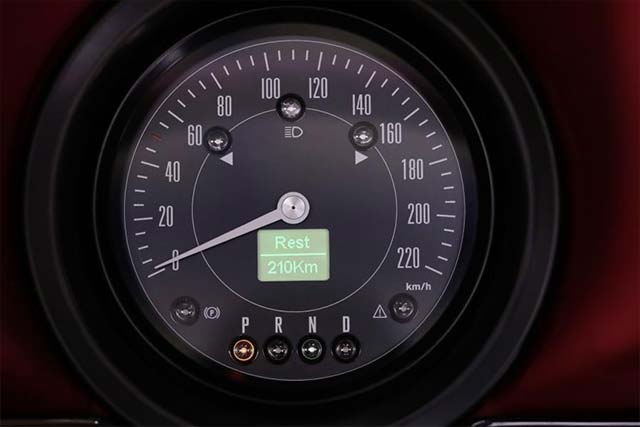 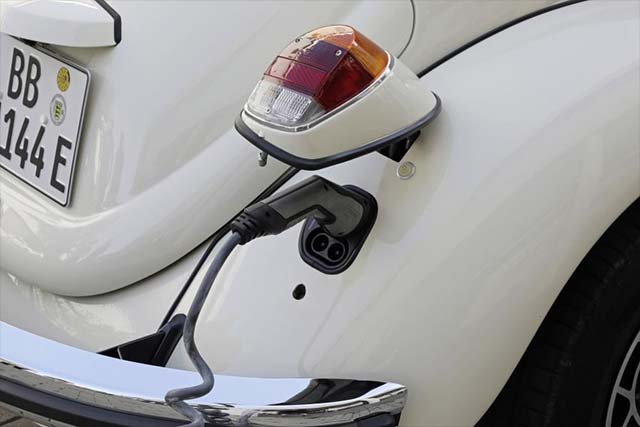 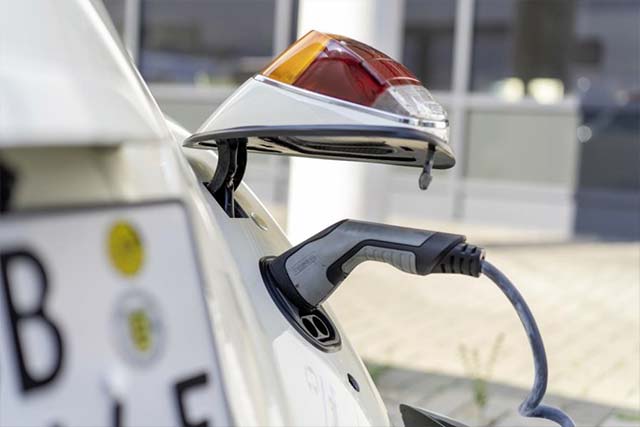 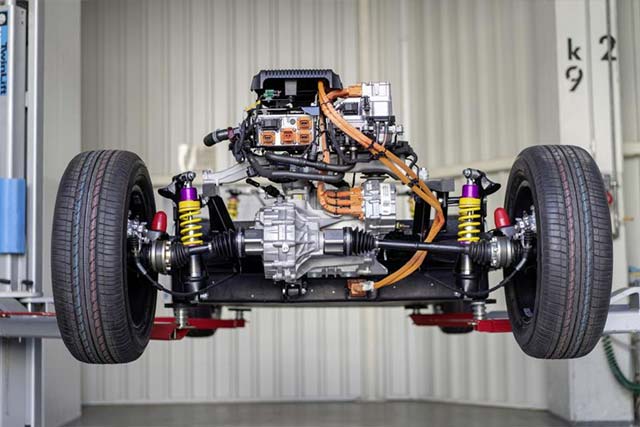 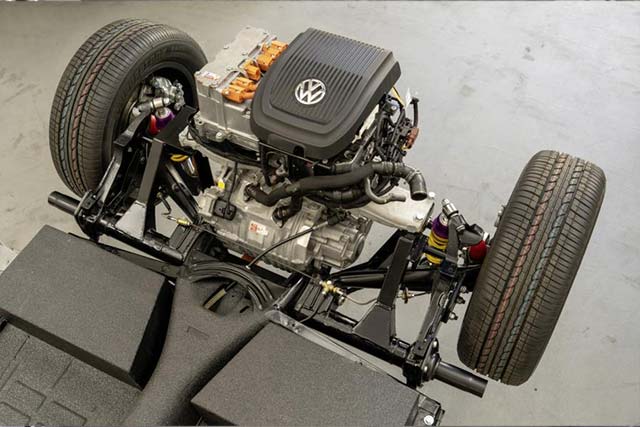 The electric drive, the 1-speed gearbox and the battery system are based on the new VW e-up. The conversion of the historic Beetle is being carried out by the specialist company eClassics.

Its premiere is being celebrated with a near-production version of the e-Beetle at the International Motor Show (IAA) in Frankfurt, Germany.

“The electrified Beetle combines the charm of our classic car with the mobility of the future. Innovative e- components from Volkswagen Group Components are under the bonnet – we work with them to electrify historically important vehicles, in what is an emotional process,” explains Thomas Schmall, Member of the Board of Management of Volkswagen Group Components. “We are also providing Beetle owners with a professional conversion solution, using production parts of the highest quality.”

New VW e-up! as technical basis
The technical basis for the conversion is provided by tested production parts from Volkswagen’s new e-up! These are manufactured at Volkswagen Group Components production sites. As a result, the electric engine and the 1-speed gearbox are produced in Kassel, while the battery system components are supplied from Brunswick.

The components from Kassel and Brunswick work together in the e-Beetle as an electric drive that reaches performance peaks of 60°kW /82°PS. The battery system is built into the underbody and consists of up to 14 modules, each with a capacity of 2.6 kWh. The lithium-ion battery modules cumulatively deliver energy of up to 36.8 kWh. The higher performance and the increased weight due to the extent of electrification require the adaptation and reinforcement of the chassis and the brakes.

Despite the new total weight of 1,280 kg, the e-Beetle accelerates to 50 km/h in just under four seconds and to 80 km in just over eight seconds. The range of the e-Beetle, which reaches top speeds of up to 150 km/h, is 200 km – a comfortable distance for a relaxing day out in an electrified classic car. In the event that the e-Beetle runs out of electricity during the trip, the built-in series-produced components allow for fast charging via a combined charging system. As a result, the e-Beetle can store enough energy for a journey of over 150 km after charging for around an hour.

Concept can be transferred to other historic vehicles
Based on this concept, the subsequent electrification of other historic vehicles will also be possible. Schmall says, “We are already working together to prepare the platform for the Bus. An e-Porsche 356 could also be pursued in the future.” The use of the modular electric drive matrix (MEB) is also being considered. This creates additional opportunities regarding performance and range.

Conversion carried out by specialist partner company
While Volkswagen Group Components supplies the production parts for the electric drive and the battery system, the actual conversion of the Beetle is carried out by the partner company eClassics in Renningen, near Stuttgart. A lot of expertise has been poured into producing the electrified Beetle. Volkswagen Group Components has made use of the considerable experience of its specialist employees and advised eClassics during the process. “We are proud that we and Volkswagen Group Components could get the show on the road with this project. We are also looking forward to seeing many e-Beetles on the street soon,” add the two Managing Directors of eClassics GmbH & Co KG, Dennis Murschel and Martin Acevedo.