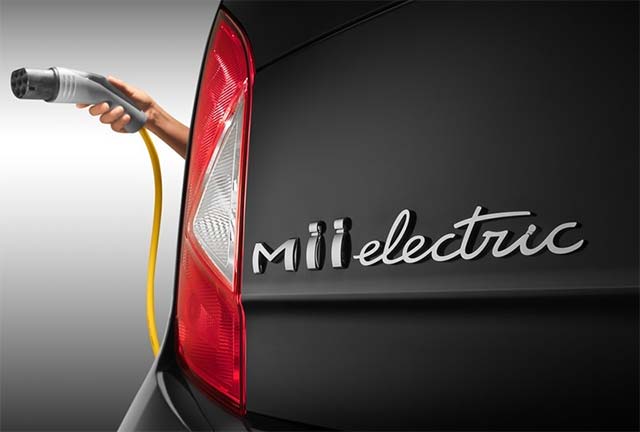 SEAT is launching its inaugural ‘SEAT on Tour’ roadshow while starting its electric offensive with the world premiere of the Mii Electric, the brand’s first electric car.

‘SEAT on Tour’ is a project where the latest novelties of SEAT and CUPRA will be visiting strategic countries for the brand while bringing the spirit of ‘Created in Barcelona’ all over Europe.

SEAT is one of the fastest growing volume car brands in Europe as well as the brand with the youngest customer base, 10 years younger than the average. With 202,600 cars sold in the first four months of the year breaking all records, 80% of all SEAT cars are exported to 80 countries around the world.

Considered the electric vehicle capital of Europe, Oslo will be the first stop of this inaugural ‘SEAT on Tour’ roadshow where the company will present the Mii Electric. The new e-model will enter the market by the end of the year and it will be one of the most affordable electric vehicles offered. Pre-sales of the SEAT Mii Electric for customers will be starting in September.

Together with the Mii Electric and in a move to reinforce the brand’s micromobility strategy, SEAT is taking the SEAT Minimó concept car to Oslo. This project combines the comfort and safety of a car with the agility of a motorcycle. The new concept confirms SEAT’s commitment to urban micromobility and expands the easy mobility ecosystem that the brand is fostering. The company is working with institutions to continue to develop the model with the needs of cities in mind. Following the launch of the SEAT eXS KickScooter powered by SEGWAY and with the international presentation of the SEAT Minimó concept vehicle, the company is going to lead the urban micromobility strategy for the Volkswagen Group.

Completing the range of novelties, Norwegians will get a first hand look at the SEAT el-Born, the first all-electric SEAT vehicle based on the Volkswagen Group’s MEB platform, and the second Group car to be built on it.

“Accessibility is one of most outstanding SEAT values and the ‘SEAT on Tour’ initiative reinforces it by bringing our novelties close to some of the key countries for the brand” said SEAT President Luca de Meo. “As a world reference in electric mobility, it makes complete sense to take the Mii Electric as a world premiere to Norway and showcase SEAT’s latest technology with two products that will shake the market in 2020, the SEAT el-Born and the CUPRA Formentor. Now is the right time and Oslo is the right place.”

A year after its birth as an independent brand, CUPRA joins the tour to continue conquering car enthusiasts around the world. While its sales figures in the first four months of 2019 far outpaced the same period of the previous year with an 82,3% growth and 7,900 units delivered, CUPRA has its eyes set on completing a European offensive: “We are expanding our footprint by strengthening our product range and completing the implementation of our distribution network, currently at 222 CUPRA Corners. In addition, the CUPRA Formentor and its high-performance plug-in hybrid engine revs up our path towards electrification. In the next few months we will prove that performance can also be electrified” said CUPRA CEO and SEAT Executive Vice-President for Sales and Marketing Wayne Griffiths.

After visiting the Norwegian capital, SEAT and CUPRA will head to Liverpool in the United Kingdom on June the 18th, where SEAT classic cars will also be displayed. After the Frankfurt Motor Show, the tour will make its way to Paris at the end of September, before finishing the journey in Milan in November. Once the European tour is over, SEAT is considering taking it to Latin America, another key region for the brand, which shows strong sales performance especially in Mexico. Stay tuned!