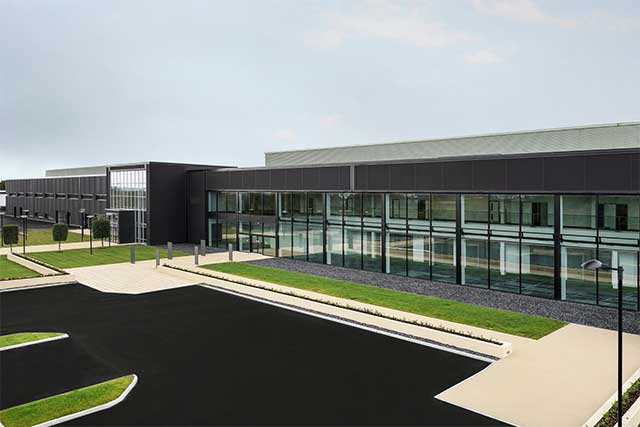 Aston Martin announced that its second major UK manufacturing facility will become the brand’s centre for electrification and the production home of the Lagonda brand, the world’s first zero-emission luxury marque.

The Rapide E will be built in Wales when production commences in 2019. Aston Martin’s first all-electric production model creates a highly-desirable electric vehicle with the levels of performance expected of an Aston Martin.

St Athan has also been named as the home of Lagonda production. As the world’s first luxury marque exclusively driven by zero emission powertrain technologies, Lagonda heralds the beginning of a new range of luxury vehicles that will commence production in 2021. The ‘Lagonda Vision Concept’, revealed at the 2018 Geneva Motor Show, hints at the bold design language that could be seen in future Lagonda products in as little as three years. 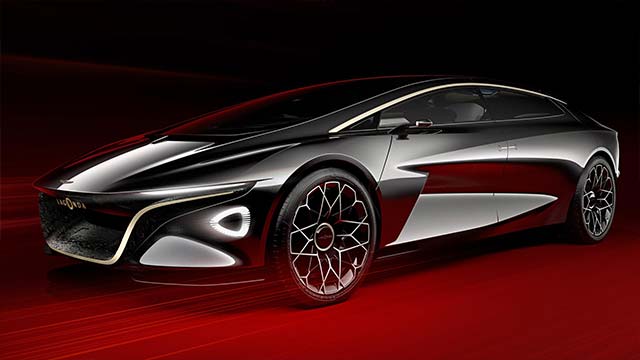 Aston Martin St Athan is now in the third and final phase of becoming a state-of-the-art vehicle assembly facility, in which production of the company’s first sports utility vehicle (SUV) is due to begin in late 2019. The project includes the conversion of three super hangars on the former Ministry of Defence site. The plant is a demonstration of Aston Martin’s continued commitment to the UK and an additional investment of £50million to make St Athan the home of electrification for the marque shows a clear vision on the future of Aston Martin in the UK. The new plant will bring up to 750 high skilled jobs to South Wales over the coming years, with more than 150 already recruited.

Dr Andy Palmer, Aston Martin President and Group Chief Executive Officer, said: “Aston Martin sees itself as a future leader in the development of zero emission technologies, and I am delighted that St Athan will be our ‘Home of Electrification’ for both the Aston Martin and Lagonda brands. 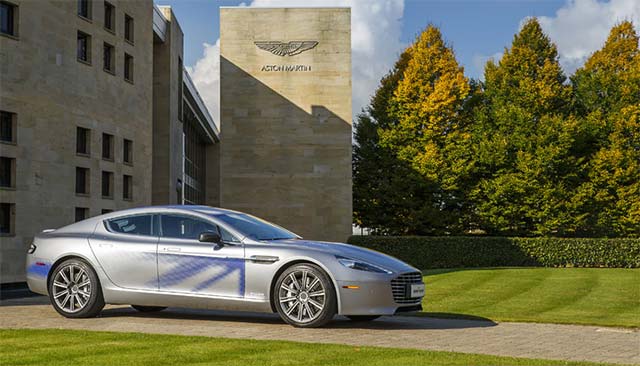 “The Rapide E will spearhead development of Aston Martin’s low- and zero-emission vehicle strategy. With the reintroduction of the Lagonda brand, this is a demonstration of how electrification features prominently in our business plan moving forward.”

International Trade Secretary Dr Liam Fox MP said: “I’m delighted that Aston Martin has chosen St Athan as its centre for electrification and the home of Lagonda production in a move that will create hundreds of high skilled jobs in the coming years. The UK has world leading expertise in manufacturing and developing low carbon vehicles and this investment is yet another vote of confidence in the our highly competitive automotive industry.

“My international economic department continues to work with investors to create jobs in all parts of the country, maintaining the UK’s position as Europe’s premier investment destination.”

First Minister, Carwyn Jones said “I am very proud of Aston Martin’s decision to locate its new manufacturing facility in St Athan. It shows a huge vote of confidence in the Welsh Government’s can-do attitude and in the package of support that we can offer to businesses that want to work with us.

“Today’s announcement that St Athan will also be the “Home of Electrification” for both Aston Martin and Lagonda is another huge win for Wales. It is a genuine testament to the reputation, dedication and skills of our workforce but also an excellent and very tangible example of how Welsh Government support can act as the catalyst for further economic growth and job creation.”