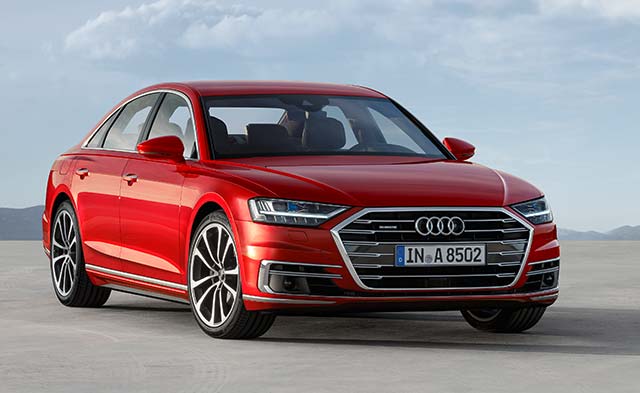 The all-new Audi A8 made its world debut today at the Audi Summit in Barcelona.

In its fourth generation, the new A8 features a new design language, an innovative touchscreen operating concept and a systematically electrified drive. The new Audi A8 has been developed for highly automated driving. From 2018, Audi will gradually be taking piloted driving functions such as parking pilot, garage pilot and traffic jam pilot into production. 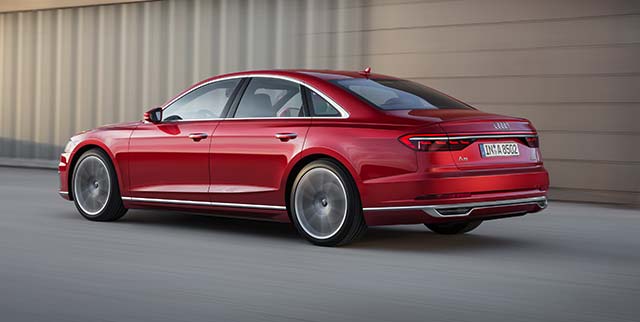 The lithium-ion battery beneath the luggage compartment floor stores 14.1 kWh of energy. It consists of a flat block of 104 cells and barely reduces the space available for luggage. In all-electric mode the A8 L e-tron quattro can cover about 50 kilometers (31.1 miles).

The market introduction of the A8 L e-tron quattro also marks the debut of Audi Wireless Charging (AWC). This involves a floor pad inducing an alternating current in the secondary coil installed in the car, under the front axle. To facilitate parking for the driver, the MMI shows the position of the charging station. Before the charging process starts at 3.6 kW, the pad is raised to reduce the distance between it and the car, and achieve a high charging efficiency of more than 90% from grid to battery.

Alternatively customers can charge the battery of the A8 L e-tron quattro using cables at 3.6 or 7.2 kW. In the latter case, the A8 L e-tron quattro is fully charged from an industrial power socket in about two hours. The driver starts the charging process conveniently from the MMI system. Alternatively charging can be activated with a smartphone, using the myAudi app that also enables programming of charging timers. 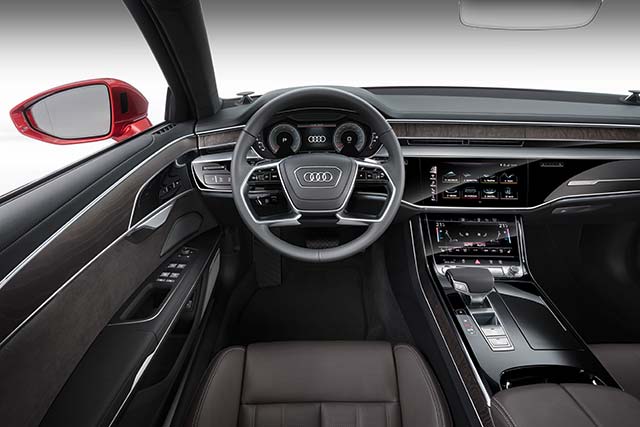 All five engines operate in conjunction with a belt alternator starter (BAS), which is the nerve center of the 48-volt electrical system. This mild hybrid technology (MHEV, mild hybrid electric vehicle) enables the car to coast with the engine switched off, and to restart smoothly. It also has an extended start/stop function and an energy recovery output of up to 12 kW. The combined effect of these measures is to bring down the fuel consumption of the already efficient engines even further – by as much as 0.7 liters (0.2 US gal) per 100 kilometers (62.1 mi) in real driving conditions. 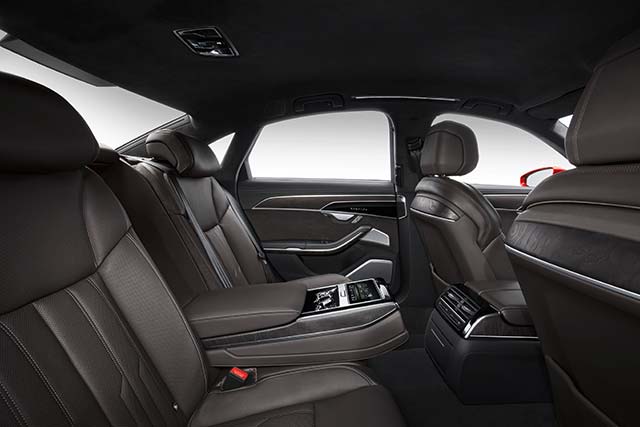