NIO ES7 electric SUV debuts with up to 850 km range 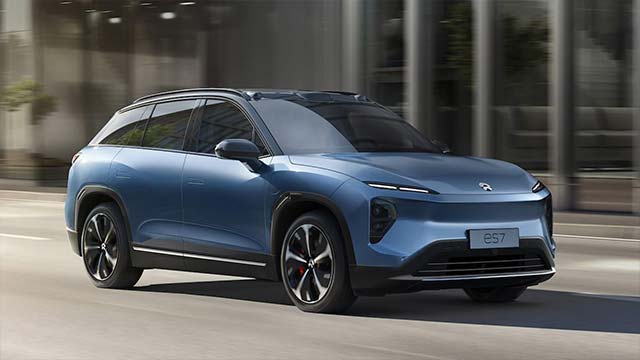 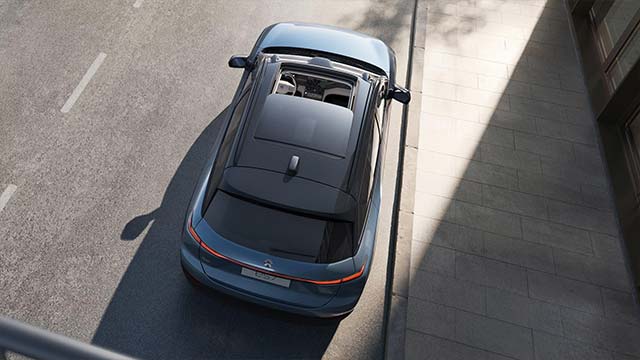 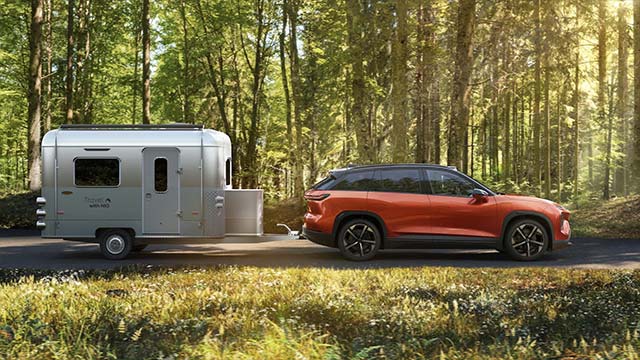 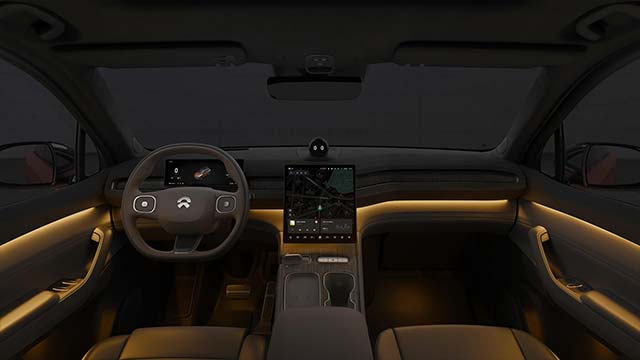 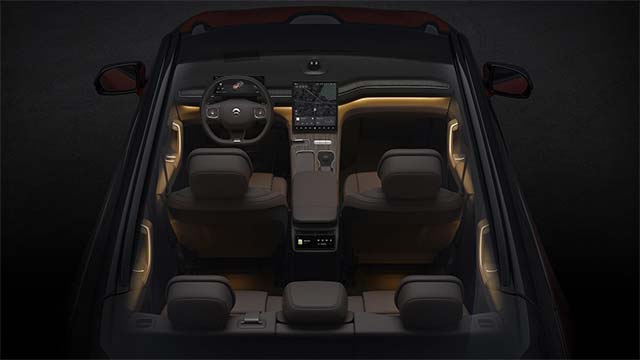 NIO ES7’s interior continues the vision of a “second living room” with sophistication and human touches. A wheelbase of 2960mm gives the ES7 a spacious cabin. The front cabin adopts the double-layer S-shaped instrument panel with expansive use of karuun® sustainable rattan. The ES7 interior is generous in width but especially with additional length in a wrap-around design. Front seats have heating, ventilation, and massage functions. Heated rear seats are standard with power-adjustable seatback between 23° to 31°.

NIO ES7 comes standard with PanoCinema, the AR/VR compatible digital cockpit system. NIO and NREAL, an innovative AR device company, developed custom AR glasses that can project an effective 201-inch screen at 6 meters. Coupled with the 256-color digital waterfall ambient lighting and the 7.1.4 Dolby Atmos surround sound system, PanoCinema will bring you an immersive visual and audio experience in the exclusive space of the ES7.

NIO ES7 inherits the second generation high-efficiency e-drive platform with the SiC power module. 0 to 100km/h acceleration is within 3.9 seconds. Brembo 4-piston front calipers are standard.100 to 0km/h braking is within 33.9 meters. Air suspension is also standard across the range. The drag coefficient of ES7 can be as low as 0.263. ES7’s CLTC range reaches 485 km with the 75 kWh Standard Range Battery, 620 km with the 100 kWh Long Range Battery, and over 850 km with the 150 kWh Ultralong Range Battery. The combination of Power Home, Power Charger, and a nationwide network of close to 1000 Power Swap stations will eliminate range anxiety for ES7 users.

ES7 is one of the first certified passenger vehicles in China to be able to tow a caravan or a trailer. The optional electric tow bar has a maximum towing capacity of 2,000 kg. In addition, ES7 can supply power to towed equipment. In outdoor scenarios, it can support the Camping Mode and V2L discharging.

With ultimate performance, comfort, and room for imagination. NIO ES7 breaks the boundaries and surpasses expectations.

The 2022 ES8, ES6, and EC6 are equipped with the NIO’s Alder Digital System. The upgrades include Digital Cockpit Controller, sensor hardware with enhanced computing/sensing capabilities, and greater flexibility for future functions. In addition, the range has over 100 comfort, safety, and intelligent features as standard across the range and up to 200-color material combinations to choose from.

NIO announces the ES8 Landmark Edition Pilot with a six-seat layout and an exclusive design package.