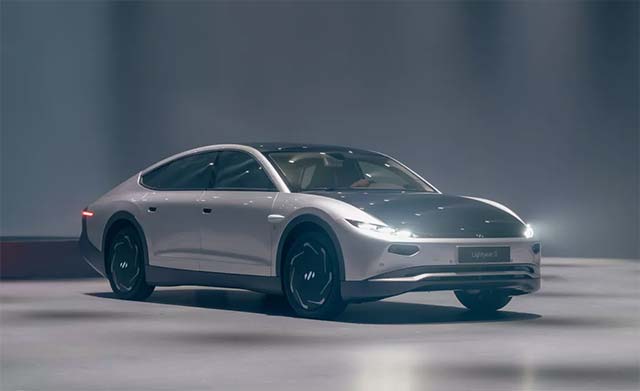 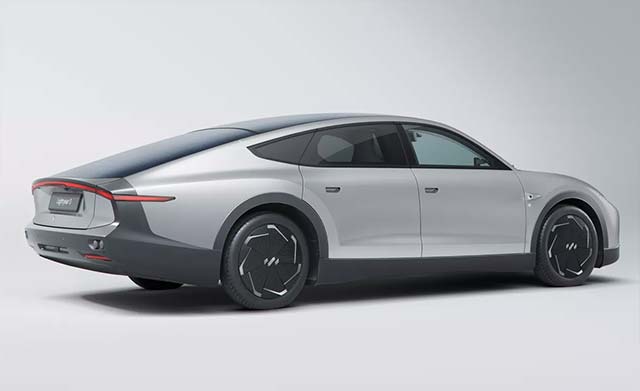 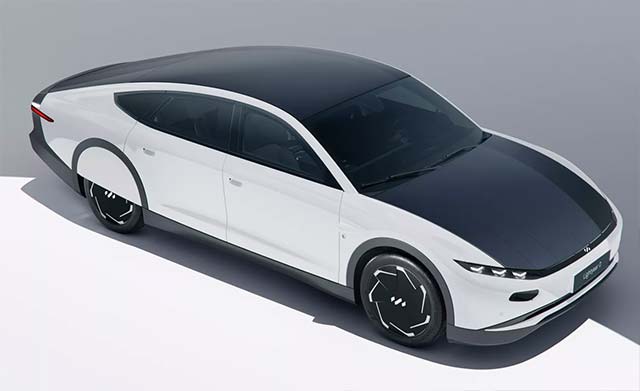 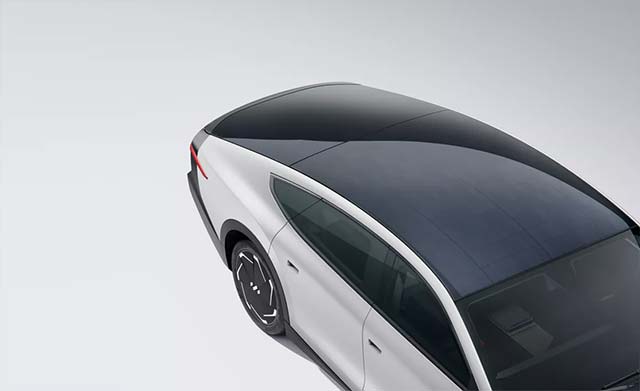 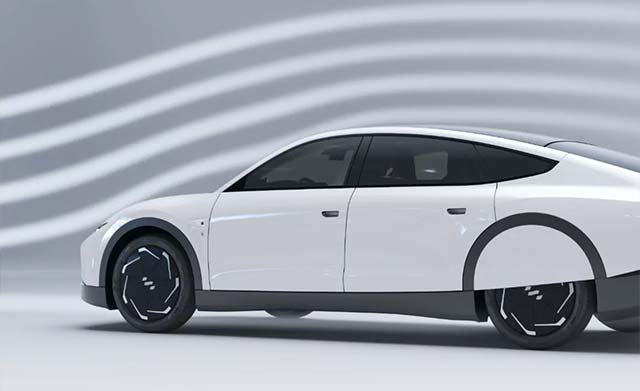 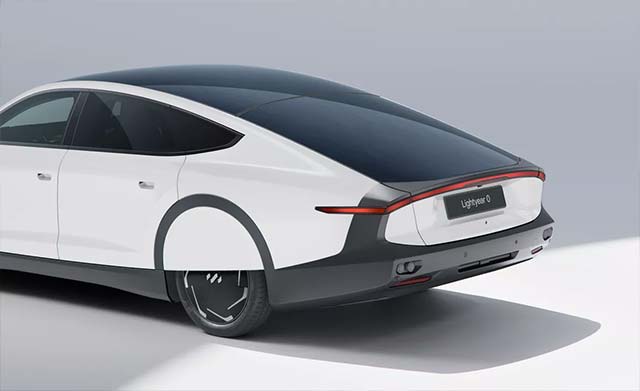 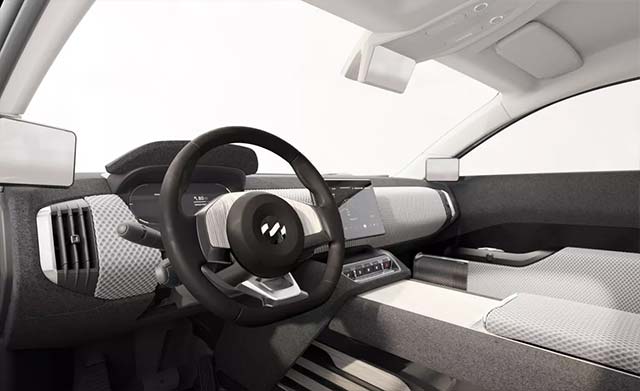 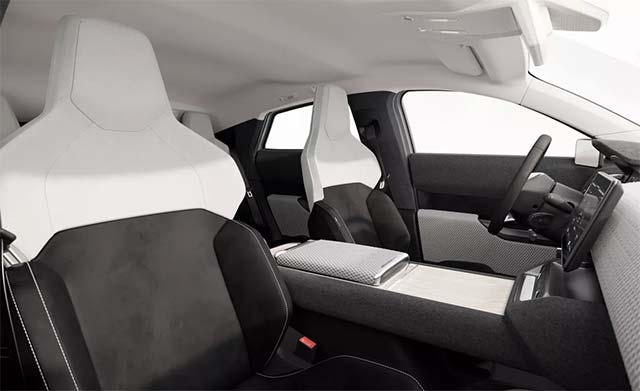 Lightyear, the Dutch high-tech company developing the world’s first long-distance solar car, has unveiled the production version of its solar car with a new name.

Born from the Lightyear One prototype, it took six years of tireless innovation, testing, and building to bring Lightyear 0 to the world.

For Lightyear 0, range doesn’t start and finish with plugs and sockets. The sun is also its source.

Five square meters of patented, double curved solar arrays on the car’s roof and hood give Lightyear 0 the potential to charge itself and, in the summer, completely cover the average work commute.

In cloudy climates, like the Netherlands, and based on the average commute of around 35 kilometers per day, you can drive for up to two months before you need to think about charging. In sunnier countries, like Portugal, that could be up to seven months. That equates to more than 1,000 km, achieved between two charging sources: a plug charge, and sunlight.

Lex Hoefsloot, Co-founder and CEO, explains: electric cars are a step in the right direction, but they have a scaling problem. By 2030, we can expect 84 million electric vehicles (EVs) on roads in Europe alone.

There’s no hiding from it, access to charging stations will not keep up with the demand for electric cars. To minimise plug-charging and maximise range, the industry’s strategy, so far, has been to add batteries. That increases the carbon footprint of production and, in turn, boosts weight and the need for high-power charging stations.

Lightyear focused hard on the aerodynamics largely because there is a relatively small 60-kWh battery pack backing up the 0’s solar array. The car is extremely slippery, with a record-breaking coefficient of drag of only 0.19.

Limited at just 946 units, the Lightyear 0 will commence production at contract manufacturer Valmet Automotive this fall, and start deliveries in November. The Lightyear 0 is priced at €250,000, excluding VAT 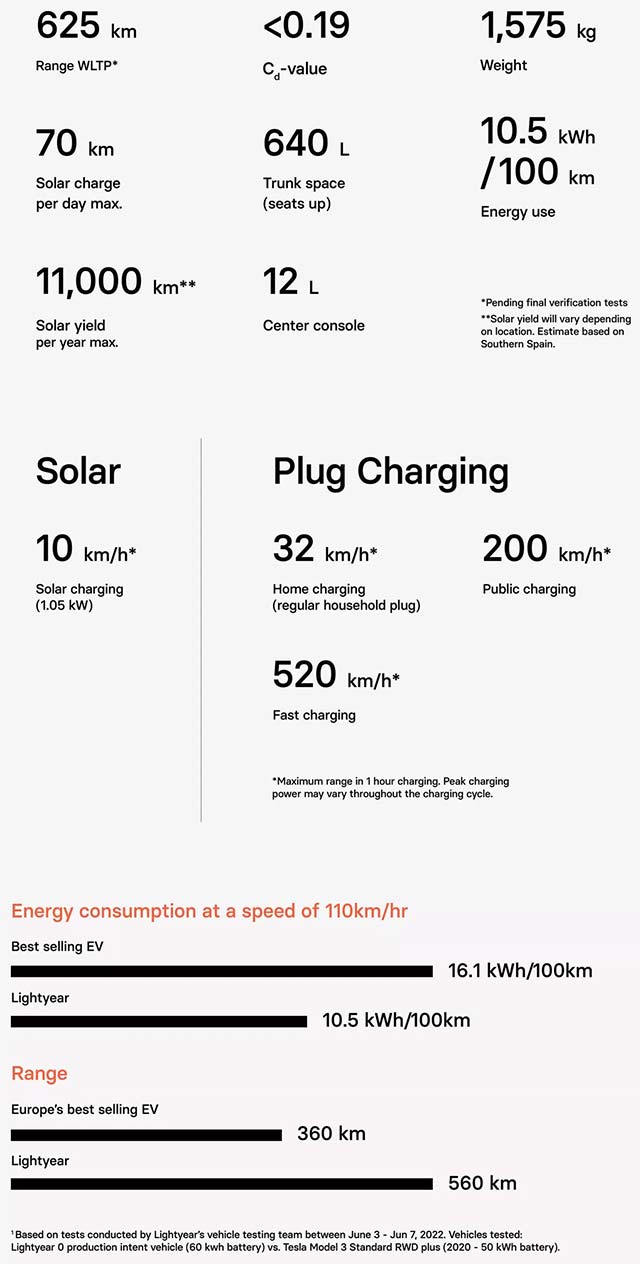