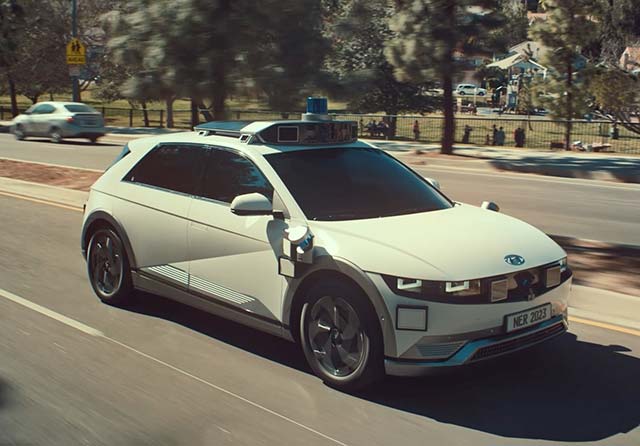 The all-electric IONIQ 5-based robotaxi, which was first unveiled at 2021 IAA Mobility to much acclaim, is an SAE Level 4 autonomous vehicle that can safely operate without a driver. To make the robotaxi a reality, Hyundai partnered with Motional, to equip the award-winning IONIQ 5 with an array of hardware and software to provide safe and secure driverless operation.

Hyundai’s vision for the technology and customer experience resonates with the assertion that the IONIQ 5 robotaxi is “a mobility solution with humanity inside — not just without a human driver.”

In line with Hyundai’s brand vision of ‘Progress for Humanity,’ the company’s aim for the robotaxi is to go fully autonomous while retaining a humanistic touch. This narrative is depicted through two videos of the recently launched campaign.

The two campaign videos emphasize the humanistic qualities of robotaxis, showing how they adopt safe driving behaviors and care for passengers. The first episode emphasizes the robotaxi’s actions resembling those of a careful, considerate driver and the second episode focuses on the robotaxi taking care of passengers from teenagers to disabled and elderly.

In the first episode, a female engineer working in an autonomous lab for the IONIQ 5 robotaxi is inspired by her childhood memories of her father always driving carefully and considerately. Then, she applies his driving qualities when working on safety technologies for the Level 4 autonomous vehicle, which is later seen stopping for a cyclist, pulling over for emergency vehicles, and safely making a left turn after yielding to oncoming traffic.

The second episode starts by showing a robot engineer-inspired teen taking a ride in the IONIQ 5 robotaxi with her friends after school. They’re surprised and delighted to see that the car is driving by itself and one of her friends unbuckles his seatbelt, causing the car to alert him to buckle up, much like a parent would if present. The video highlights how the self-driving robotaxi represents a mobility solution that anyone, including teenagers, disabled and elderly, can safely take a ride under any circumstances.

Hyundai and Motional plan to begin transporting public passengers in the IONIQ 5 robotaxi in 2023, starting in Las Vegas and then expanding to major cities in the U.S. and globally.