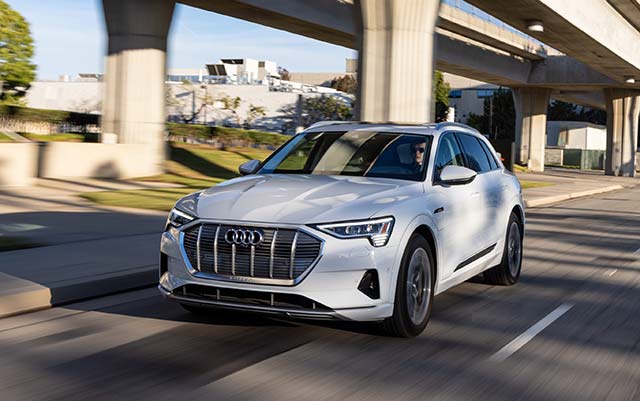 Audi of America announced updates to its lineup for the 2023 model year, including pricing, vehicle packaging updates, and new standard and available equipment.

Audi will also be expanding its EV portfolio later this year. By the end of 2022, the Ingolstadt brand Audi plans to have more fully electric models on sale in the United States than any other luxury brand. The Audi e-tron, e-tron S, e-tron Sportback, e-tron S Sportback, Audi e-tron GT, and RS e-tron GT, will be joined by the Audi Q4 e-tron, and Q4 Sportback e-tron.

Additionally, the Black optic exterior package on the e-tron Sportback comes standard with the Prestige trim level. The sport-oriented e-tron S and e-tron S Sportback see the addition of carbon square structure inlays and the LED interior lighting plus package as standard. Rounding out the changes, the Prestige trim level of both the e-tron S and e-tron S Sportback now receive Digital Matrix-design LED headlights as included equipment.

Also, for the 2023 model year, the potential federal tax credit of up to $7,500 is still expected to be available to customers for both models.

Following the introduction of Audi’s first electric grand tourer, the e-tron GT sees changes in exterior appearance as well as changes to packages and standard features. The Hekla gray grille which adorned the front fascia of the model year 2022 e-tron GT is now replaced by a body-color grille. Additionally, as standard equipment, a second charging port has been added on the passenger side of the e-tron GT, as well as the inclusion of an integrated toll module in the rearview mirror, and anti-theft wheel bolts. Furthermore, the Bang and Olufsen sound system with 3D sound and 20-inch all-season tires are now standard for the 2023 e-tron GT.