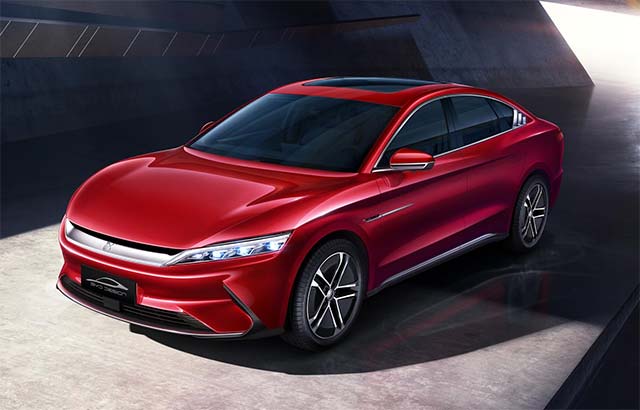 BYD sold 13,701 units of Han model, a leading position among mid-to-large size sedans from Chinese local brands in December. In particular, 10,301 units of the Han EV were sold. The Tang SUV series sold 9,000 units last December, with almost 100% YoY growth, which showed its outstanding product power with a total of 54,204-unit sales in 2021.

The Yuan series sold 8,577 units last December and over 41,000 units in 2021, making it a leader in the small all-electric SUV segment. The Yuan Plus started its pre-sales in China on 2022 New Year’s Day. As the very first SUV built on the e-platform 3.0, the Yuan Plus will be launched to the Singapore market in 2022.

In December, the sales of EA1 surpassed 10,000 units easily, reaching 10,016 units in only one month. The EA1 has met the market demands precisely and become the most popular vehicle in the segment.

In 2021, BYD has accomplished monthly sales growth for 10 consecutive months. In response to China’s strategic goals of peaking carbon dioxide emissions before 2030 and achieving carbon neutrality, as well as to make contributions to the “Cool the Earth by 1℃” initiative. BYD, as the Chinese NEV industry leader, will leverage its unique advantages to offer more NEVs and other green solutions in 2022.