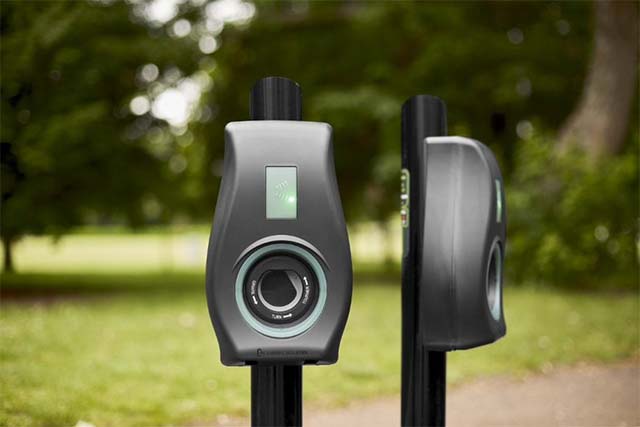 Connected Kerb, the electric vehicle infrastructure specialist, announces plans to install 190,000 public on-street EV chargers, worth up to £1.9bn, by 2030.

The company has secured new partnerships for 10,000 public on-street EV chargers across the UK in 2021 alone, with industry beating contract lifespan of 15-25 years, the majority of which will be deployed across West Sussex and Kent, announced today. The West Sussex tender is believed to be the UK’s largest ever deployment by a local authority. Deals for a further 30,000 chargers are expected conclude next year, as part of the company’s ambition to “level up” charging across the UK.

EV ownership in the UK is skyrocketing. Pure EV sales are already up by 88% year-to-date compared to 2020 and one in four UK households intend to buy an EV in the next five years, as the 2030 ban on new petrol and diesel vehicles approaches. However, there are currently only around 1,000 public-access on-street chargers outside of London and just one for every 52 EVs on UK roads. As a result, those without off-street parking or a dedicated parking space with domestic power supply – accounting for 62% of drivers – are being left behind in the EV transition, making up as few as 9% of EV drivers today.

Local authorities are uniquely placed to spearhead the deployment of public on-street charging across the UK. The UK government’s Office for Zero Emission Vehicles meets 75% of the cost of installations through the On-Street Residential Charging Scheme (ORCS). In many cases, Connected Kerb provides the remaining 25%, providing a zero-cost installation opportunity for councils.

As of 1st July 2021, the ORCS has funded the installation of 1,459 public charging devices since the scheme was established in 2017, with a further 3,200 charge points to be installed in the near future. In this year alone, local authorities across the UK have already committed to installing up to 10,000 Connected Kerb chargers by 2030, equivalent to a near seven-fold increase in the number of chargers installed through the scheme over its entire history.

The majority of the 10,000 chargers will be installed on streets, in public sector car parks and at community facilities for West Sussex Council by 2030, following a tender win by Connected Kerb, announced today. The rollout is believed the UK’s largest ever deployment of EV chargers by a local authority. The scheme will give residents the confidence to go electric in time for the 2030 ban on new petrol and diesel vehicles and provide a blueprint for local authorities across the UK to deliver affordable, reliable, and accessible chargers in their thousands.

Kent County Council today also announced it has also chosen Connected Kerb to deploy at least 600 chargers by 2023. Installations are beginning this year, with many of the chargers installed in parish towns and rural areas across Kent, providing much needed infrastructure to communities often overlooked in the EV transition. Thousands more chargers are also announced today as part of tenders with councils including Coventry (300 chargers), Cambridge (360) and Plymouth (100), and recently, Milton Keynes (250), Warrington (30), Medway (30), and Glasgow City Council, East Lothian Council, Shropshire County Council and Hackney Council, as part of the Agile Streets trial (100).