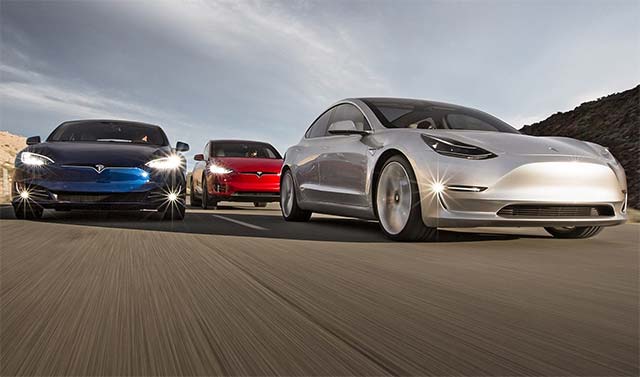 Tesla reported $1.62 billion in (GAAP) net income for the quarter, the second time it has surpassed $1 billion. The profit was nearly five times larger than the $331 million Tesla made in the same quarter a year ago.

The automaker reported a big jump in revenue, to $13.8 billion from $8.8 billion a year ago, as sales of the Model Y continued to rise in the United States, China and Europe.

Most automakers reported sales declines in the U.S. last quarter due to chip and other shortages.

“A variety of challenges, including semiconductor shortages, congestion at ports and rolling blackouts, have been impacting our ability to keep factories running at full speed,” the company said in a statement to shareholders.

In its shareholder statement, Tesla also said that construction of its new factory near Austin is progressing as planned and it’s preparing equipment and “fabricating our first pre-production vehicles.”

The factory, which is centrally located versus Tesla’s other assembly plant in Fremont, California, will send Model Y small SUVs and new Cybertruck pickups to East Coast population centers. Tesla said it expects to expand its factory capacity quickly, and over a “multi-year horizon” it expects sales to grow an average of 50% annually.

The company said it would start using lithium iron phosphate batteries for all but its long-range cars. Because iron is more abundant than raw materials used in other lithium-ion battery cells, like nickel and cobalt, LFP batteries are generally more affordable to produce.