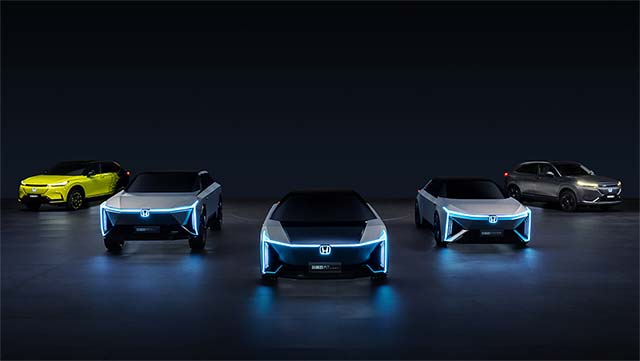 In April of this year, Honda announced its electrification target in all major markets of electrification combined, including China, which is to increase the ratio of EVs and FCVs within overall unit sales to 40% by 2030, to 80% by 2035, and then to 100% by 2040.

To achieve these targets speedily and steadily, in China, after 2030, Honda will no longer introduce any new gasoline-powered models and will electrify all new models coming to market, such as HEVs and EVs.

Japanese automaker will also launch a new electric vehicle brand in China next year. Honda will introduce the first 10 Honda-brand EV models in China, namely the “e:N Series,” in the next five years. Honda envisions exporting these models from China.

Three concept models are being developed with the goal to start sales within 5 years.

As for batteries, which will be key to the speedy implementation of electrification initiatives, Honda will accelerate collaboration with its strategic alliance partner, CATL, and further strengthen its highly-competitive battery supply system.

Honda is planning global exports of e:N Series models developed and produced in China to deliver new value to a greater number of customers around the world.