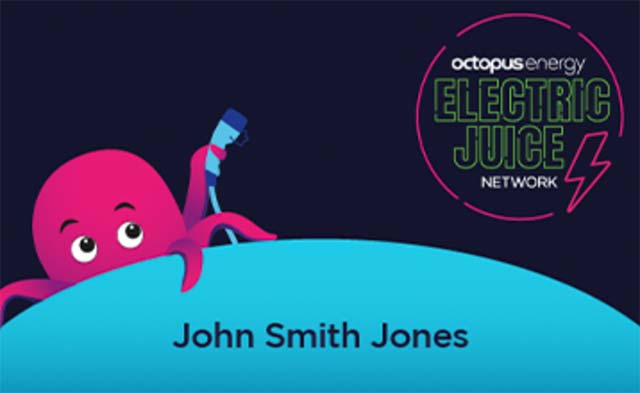 EnTech pioneer Octopus Energy has hit a milestone of over 100,000 electric vehicle charging points on the Electric Juice Network (EJN) in just over a year since its launch.

Customers of Electric Juice have access to a wide range of charge point operators, including global names such as NewMotion, IONITY, Has.to.be, Mer (Statkraft) and Greenflux, plus UK brands Osprey, Char.gy, Franklin, Hubsta, Alfa, and many more – who all joined the EJN in its first year.

Customers aren’t the only ones benefiting either. After the announcement of a recent partnership with JustPark, the Electric Juice Network is being made available to fleets looking to electrify their vehicles, through either partner networks or dedicated private charging stations situated less than five minutes walk from drivers houses.

Drivers of electric vehicles will now be able to pay with their Octopus Energy account across the participating charging networks, with all costs appearing on a single bill. As further networks are added to the roaming service, users of the EJN will soon be able to access many more charging stations worldwide. Currently the EJN is active in over 25 different countries, including the UK, France, Germany, Italy and the Netherlands amongst others, and is even beginning to have coverage as far away as Malaysia and Morocco.

With their increasingly global charging platform Octopus Energy offers a solution to a long-standing problem for EV drivers, who have criticised the lack of a standardised way of paying as every charging network requires a different card or app.

Zoisa North-Bond, CEO of Electric Juice, comments: “It’s a testament to the team behind it that the EJN has gone from 0 chargers to over 100,000 in just over a year since we launched, and we’re over the moon to be able to share this milestone on World EV Day. We already have a range of great partners on the network, but we’re always on the hunt for even more to join and help create better access to charging infrastructure, which in turn makes it easier for petrol car drivers to consider electric vehicles. Our EJN users can already do significant cross country road trips throughout Europe, and someday soon they might be able to travel by Electric Juice anywhere in the world.”