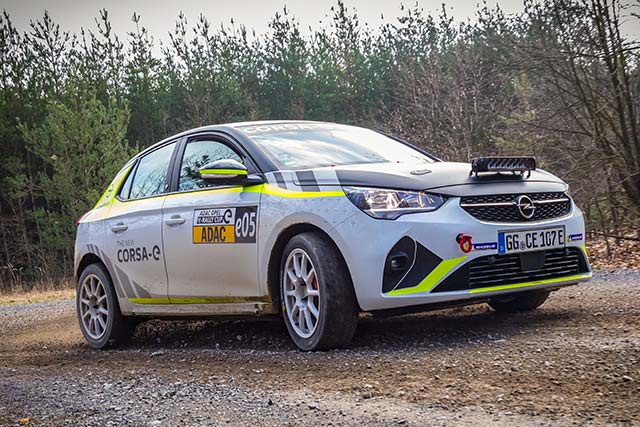 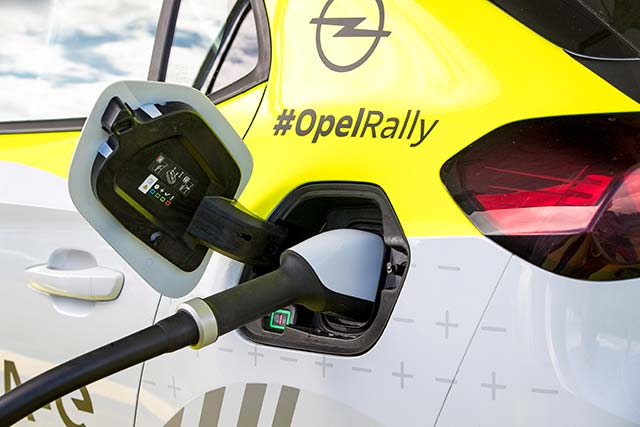 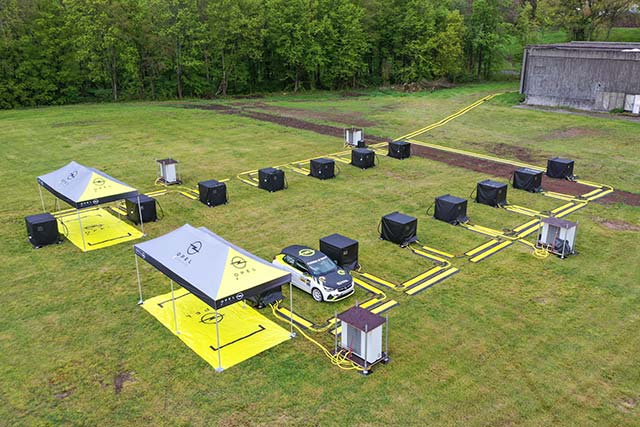 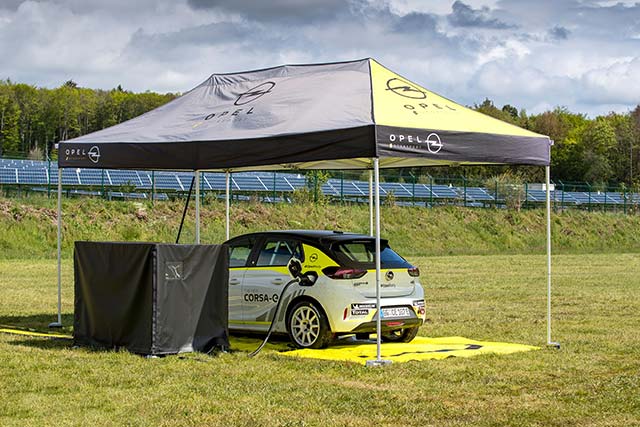 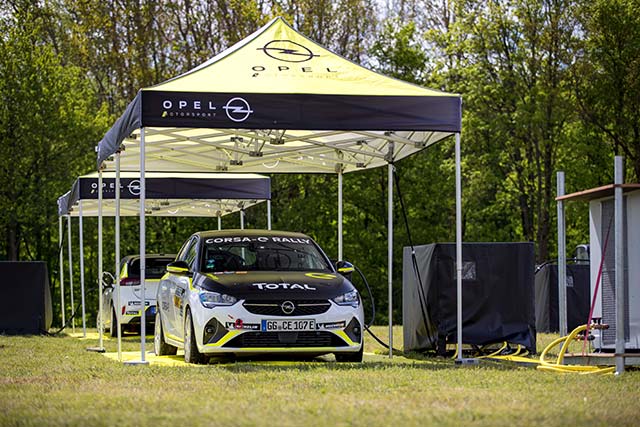 With the new ADAC Opel e-Rally Cup, Opel is now also electrifying rallying. The so far unique concept is full of innovations and one of them is the mobile charging infrastructure of the world’s first electric rally one-make cup. The brief was clear: a sustainable solution had to be found; generators have no place in the philosophy of the ADAC Opel e-Rally Cup. The concept had to be powerful, flexible and user-friendly in order to meet the high demands of a rally.

In the selection process, the mobile solution of the company eLoaded from Germany finally prevailed. The energy is fed from the public medium or low-voltage grid and distributed to the charging units via a “DCBus”. This significantly reduces energy losses between the grid and the charging plug on the electric vehicle. In contrast to battery-based charging systems, hazardous substances are not used at all, which also means that the corresponding transport restrictions do not apply.

The charging infrastructure for the ADAC Opel e Rally Cup, which was developed together with Opel Motorsport, uses renewably generated electricity from the public power grid. The medium current drawn is fed into a transformer specially adapted for rally use (“DCSource”), the so-called Power House. This avoids a cache and supplies maximum power of 2.0 megawatts to 18 charging points, one of which is located at the service tent of each Cup car. Each charging point feeds the vehicle with up to 140 kilowatts (kW), whereby the Opel Corsa-e Rally can charge at a maximum of 100 kW direct current (DC). The rally car’s 50-kilowatt-hour (kWh) battery will be 80 per cent full in around 30 minutes. Even during a shorter service, recharging for the next special stages is no problem.

The charging points are not tied to a fixed structure, but can be placed freely and independently of each other. The eLoaded system is modular in design and therefore offers individual adaptation to the respective needs of the user and a correspondingly wide range of applications – including use on a rally service area. Thanks to special quick-release fasteners, the cabling can be established in no time and the entire system can be set up and dismantled within a day.

“The selection of a charging infrastructure suitable for the needs of the ADAC Opel e-Rally Cup was an elaborate process that took a correspondingly long time” explains Opel Motorsport Director Jörg Schrott. “The mobile charging infrastructure from eLoaded is clearly the best concept. They quickly understood what was important and together we developed a system that is sustainable, powerful and flexible.”