Report: Over 50% of Americans say EVs are instrumental in the fight against climate change 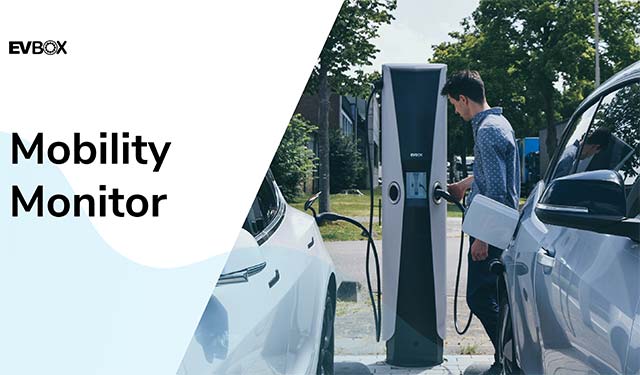 Most of the U.S. residents (52%) believe that electric cars are instrumental in combating climate change, and 46% agree that governments should increase tax incentives for EV buyers, according to a report from market research firm Ipsos and provider of EV charging solutions EVBox Group.

Four in ten (41%) of Americans say they’re going to consider an EV for their next car. The top hurdle to buying is drivers’ uncertainty around finding a charging station when they need it — an indication that an expanded public EV charging infrastructure would help the nation shift more quickly from gas cars to zero-emission electric vehicles.

Consumer attitudes revealed by the report favor recent clean energy policy and market developments in the U.S. and demonstrate how government incentives allow Americans to build a sustainable future. This year, major automakers including General Motors and Ford are releasing a range of new electric cars and pickup trucks that are more affordable for mainstream drivers.

The U.S. recently rejoined the Paris Agreement in the fight against climate change, and the Biden administration is urging faster adoption of EVs with a call for 500,000 new public charging stations on U.S. roads by 2030.

The EVBox Mobility Monitor surveyed over 2,000 Americans nationwide via an online questionnaire with some notable results:

The average American EV driver, according to the survey answers, is young (18 to 34) and male, highly trained (73 percent ). Most electric drivers have many cars — mostly an EV plus a gas vehicle — an indication that drivers don’t feel good without any backup, because the EV charging infrastructure isn’t widely available yet. 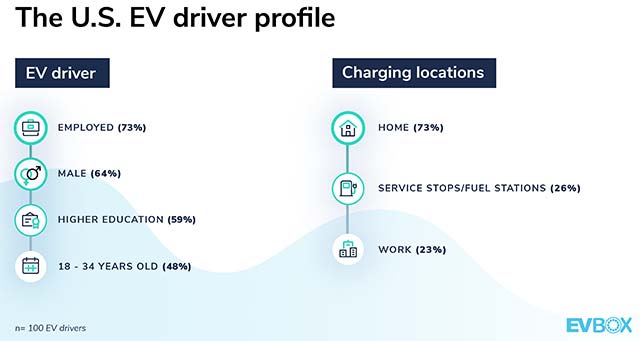 Despite the fact that a majority of Americans viewing climate change as personally important and EVs as instrumental to addressing it, major obstacles prevent many American drivers from purchasing EVs.

More EV chargers will fix drivers’ top concern: that they won’t find a charging station when they need it. Just 18% of Americans and 30% of prospective electricity drivers state that their region has enough recharging stations. 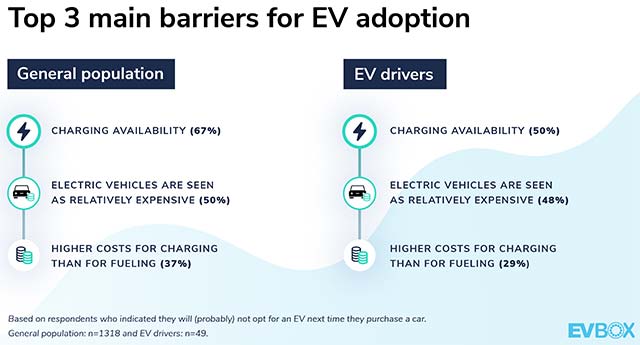 To reduce other barriers will require the U.S. to install a larger number of more reliable chargers that are designed to be inclusive of people of all physical abilities. Nearly 4 in 10 (39%) EV drivers said they’ve had problems charging their EVs at public charging stations that were broken, not designed to accommodate people with disabilities, or otherwise difficult to use.