Modified Volkswagen ID.4 to compete in the NORRA Mexican 1000 race 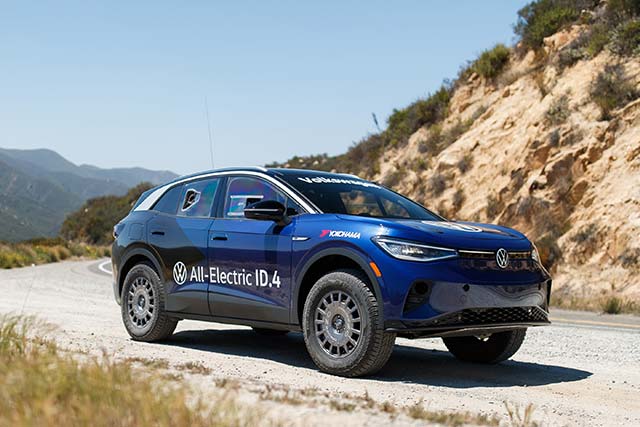 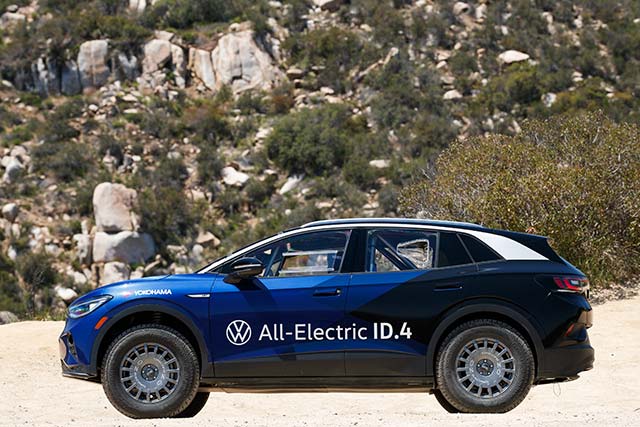 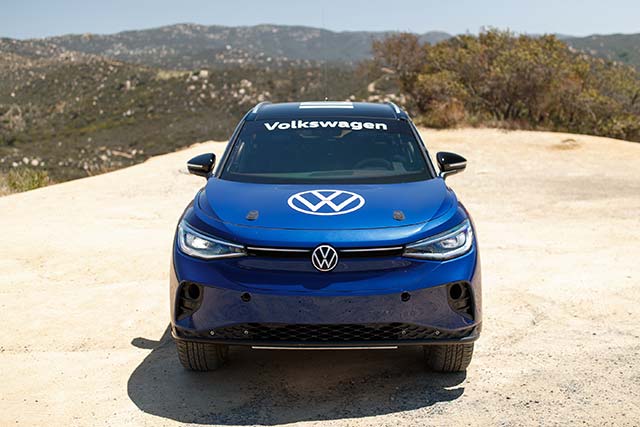 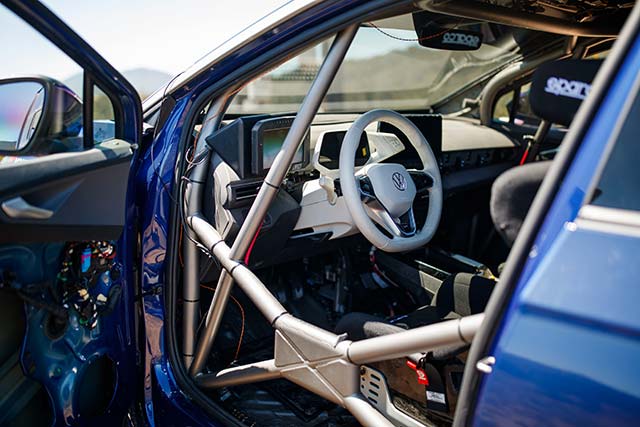 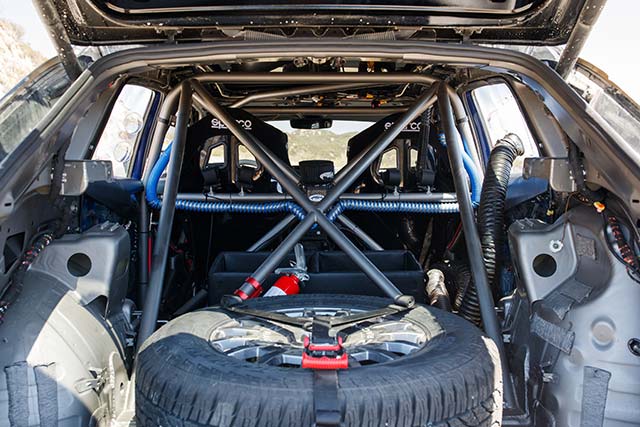 Driven by professional racer and Volkswagen brand ambassador Tanner Foust and managed by Tanner Foust Racing, the Rhys Millen Racing modified rear-wheel-drive ID.4 1st Edition model will run its stock powertrain and 82 kWh battery pack with a modified off-road suspension and racing interior for the 1,100-mile competition. The aim is to show the capabilities and performance of an EV in an extreme environment.

“It’s exciting to be part of an ambitious challenge like this that pushes the limits of electric vehicles,” said Foust. “We’ve learned a lot about the capabilities of the Volkswagen electric vehicle hardware in an environment that’s tough for any vehicle, and it’s performed well beyond our expectations.”

Volkswagen has a long history of off-road racing in Baja, as a Beetle-based Meyers Manx was the first winner of the inaugural NORRA Mexican 1000 in 1967. The modern version of the race features several classes of classic and contemporary off-road vehicles and motorcycles, with this year’s route covering 1,141 miles total, 893 miles of which will be off-pavement – roughly the distance between Nashville and Miami.

To charge the ID.4 in the wilds of Baja, the Volkswagen team will use a portable biofuel generator powering a 50-kW portable fast charger. As the NORRA Mexico 1000 race will be run in loops due to COVID travel restrictions, the team will attempt to complete about 98 percent of the stages in the loop event without the need for recharging.

While the 201-horsepower electric motor, battery pack and drive systems have not been altered, the vehicle’s power electronics have been given extra protection from the elements for off-road racing. The interior of the ID.4 has been stripped of features such as the HVAC system and modified with a roll cage, safety racing seats and supplemental screens for key data like battery temperature.

The suspension was thoroughly reworked with rally-style coil-over struts at all wheels and tubular lower control arms in the front and boxed lower rear links. The radiator was raised several inches to improve approach angles and cooling capacity, and additional skid plates of 3/8-inch steel added to the undercarriage. The ID.4 was also swapped from 19-inch wheels to 18-inch wheels with 255/70 R 18 tires that provide more sidewall for cushioning and wheel travel, with the body lifted a total of about two inches from stock.

“It takes great confidence and preparation to present a stock-based vehicle to the starting line of a race like this, especially an electric one like the ID.4,” said Rhys Millen. “We’ve been pleasantly surprised at how well the ID.4 has taken to the terrain.”

Foust, who will be joined in the race by writer and off-road racer Emme Hall, said early driving tests showed that the ID.4 performed best when left in its regular drive modes, with traction control and the “B” level battery-regeneration setting engaged. The low center of gravity of the ID.4, combined with the advanced traction control made possible by an electric motor’s seamless torque, means the prepped ID.4 can move quickly through many types of terrain and still recapture energy through its regenerative braking system.

“We worked closely with Volkswagen engineers to find the right driving style for various types of terrain that could hit the balance of speed and battery consumption,” Foust said. “It’s early days for competing with electric vehicles, but we already have several ideas of what we’d like to do next year.”