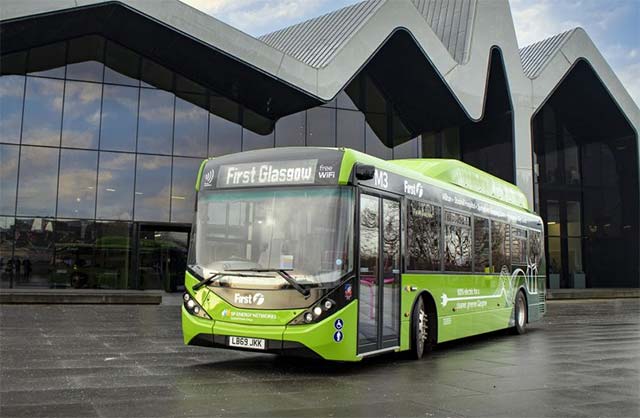 BYD ADL has received an order from First Bus for a further 126 electric buses for Glasgow, comprising 91 double deck and 35 single deck buses. The order is the largest ever for electric buses in Scotland.

The BYD ADL was awarded from First Bus after a competitive application by the operator for funding in the latest round of Scottish Ultra Low Emittance Bus Scheme. Using BYD’s battery electric driveline technology, ADL will assemble the buses at its factory in Falkirk, ensuring the investment benefits the local economy in Scotland’s Central Belt.

First Bus has opted for 91 BYD ADL Enviro400EV double deck buses and 35 single deck BYD ADL Enviro200EV. By March 2023, these new busses are to be integrated into the urban bus network in Glasgow.

They will be added to two BYD ADL Enviro200EV operations since January 2020 as well as 22 similar single deck buses ordered in February 2021 for delivery ahead of the UN’s COP26 climate summit, taking the company’s electric bus fleet in Scotland’s largest city to 150 vehicles. All electric buses will be based at the operator’s Caledonia depot where they will be charged at night.

In a related news, UK’s leading electric bus manufacturer, has taken order from Stagecoach for 24 single deck and 22 double deck electric buses, also part-funded by the Scottish Government. The ADL BYD electric buses will be deployed in the operator’s fleets in Aberdeen, Perth and Kilmarnock.

Stagecoach will receive 22 BYD ADL Enviro400EV double deck buses for Aberdeen city services, as well as 15 BYD ADL Enviro200EV for Kilmarnock and nine similar buses for Perth. While the single deckers for Kilmarnock town services will be 10.9m in length, the operator has chosen the longer 11.6m model for Perth to offer additional capacity.

The Scottish Government has set a legally binding target to achieve net zero greenhouse gas emissions by 2045, while Stagecoach has recently announced that it is targeting a zero-emissions bus fleet by 2035.