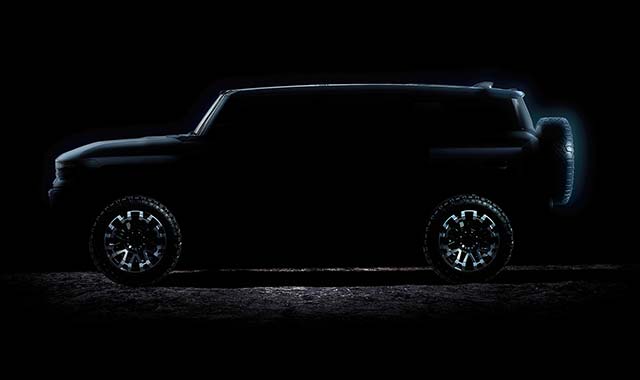 GM announced it will reveal the GMC Hummer EV SUV on April 3. The reveal will happen at 5 p.m. Eastern time both online and during the NCAA Final Four basketball game broadcast.

That’s the SUV, not the truck, which has already been revealed. Reservations will open for customers on that same date. GMC says it will have more information to share later on about the Hummer EV SUV’s specs and on-sale date.

In addition to the news about the impending SUV, GMC released video of the Hummer EV pickup undergoing winter testing in Michigan’s Upper Peninsula, where the GMC Hummer EV team put this supertruck through its paces in sub-zero temperatures on various slippery surfaces, including snow, ice, steep and split-mu grades.

Key tests include integrating its powerful all-wheel drive torque distribution with the traction control system, as well as calibrating and testing the electronic stability control system.

Check out the video below and stay tuned for more GMC Hummer EV news as we approach the big debut next month.