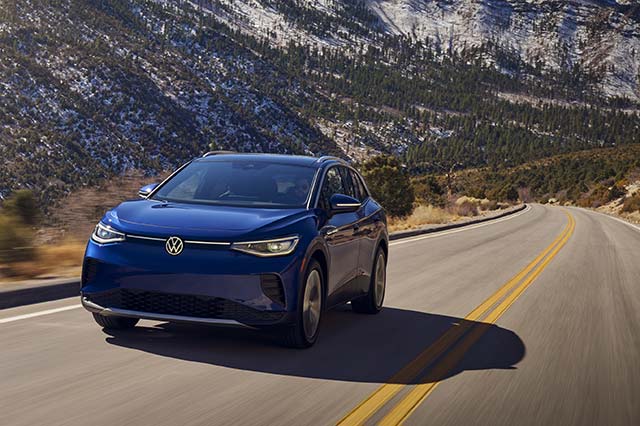 Volkswagen of America is embarking on a drive across the U.S. this weekend with the all-electric Volkswagen ID.4 EV. Starting in New York City on Saturday, a small team is crossing the states on a predominantly southern route and will wrap up the drive in approximately 18 days in Sacramento, California.

“We’re excited to get on the road and show the true capability of the ID.4,” said Dustin Krause, Director, e-Mobility, Volkswagen of America. “Range anxiety is a thing of the past and this drive is proving that not only is long-distance driving an easy task, but it’s also affordable. Each 2021 ID.4 comes with three years of DC fast charging at each of Electrify America’s 550+ stations across the U.S. at no additional charge.”

The ID.4 is Volkswagen’s first all-electric SUV and the brand’s first electric world car. It offers sporty yet comfortable driving, a spacious interior and cutting-edge controls, displays, infotainment and assist systems. At launch in the U.S., the vehicle will be offered with an 82kWh (gross) battery and a rear-mounted AC permanent-magnet synchronous motor with 201 horsepower, 229 pound-feet of torque and an EPA-estimated 250 miles of range for the ID.4 Pro S and 1st Edition models.

The ID.4 offer structure is simple—four trims and one package. The entry-level Pro model is well equipped, with features typically found on higher trims baked in for added value. Pricing starts at an MSRP of $39,995, and offers a potential Federal tax credit of up to $7,500.  Starting later in 2021, the ID.4 AWD Pro will be available with an MSRP of $43,675. Vehicles are expected to be in dealer showrooms this month.