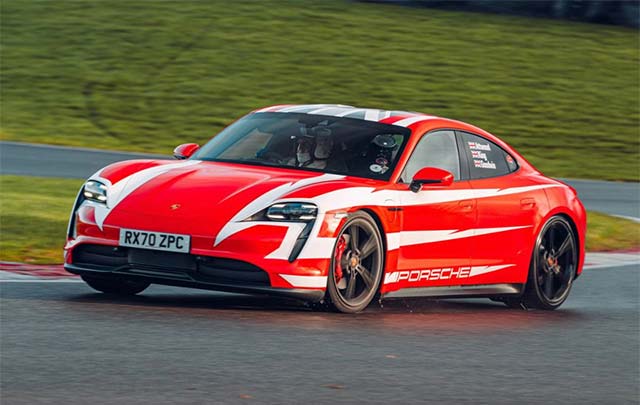 Brands Hatch is no stranger to historic feats of endurance from Porsche. In April 1970, a 917 in the hands of Pedro Rodriguez and Leo Kinnunen won the rain-soaked 1,000-kilometre race by an incredible five laps.  And in July 1984, Porsche claimed the top six places at the same event, with victory going to the 956 of Jan Lammers and Jonathan Palmer.

During another 1,000 km run around the UK’s famous Indy circuit in December, two Taycan cars racked up a remarkable 13 separate records, each one ratified by Motorsport UK. In the hot seat of the standard and road legal Taycan 4S and a Turbo S for this marathon effort were drivers including Le Mans legend Richard Attwood, ex Formula One and Porsche racer Jonathan Palmer, 2020 Porsche Carrera Cup GB champion Harry King and 2020 Cayman Islands Porsche Sprint Challenge GB champion James Dorlin. 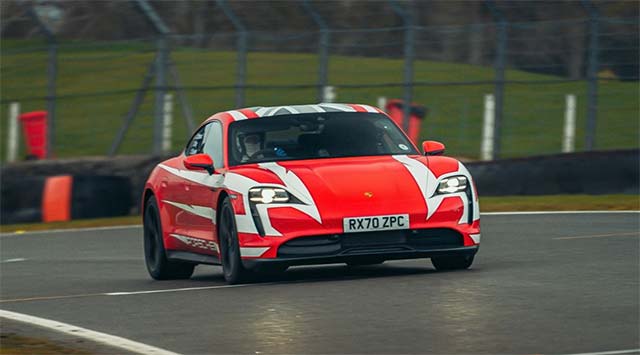 The record runs got underway at 07:00 and were completed at 20:00, meaning that many hours were spent lapping Brands Hatch in complete darkness. In a parallel with the 1970 race, intermittent rain and heavy showers ensured the track surface was always damp at best, but the stellar line-up of experienced drivers, each of whom completed two or three stints of around 90 minutes, proved up to the challenge.

Some 50 years after a podium finish at the Brands Hatch 1,000 km in the 917, Attwood had returned to the circuit to join the driver line-up in a Taycan 4S sporting a specially-designed Salzburg tribute livery. And 36 years after his famous win, Palmer found himself aboard a Taycan Turbo S finished in a livery harking back to his own 1984 car. 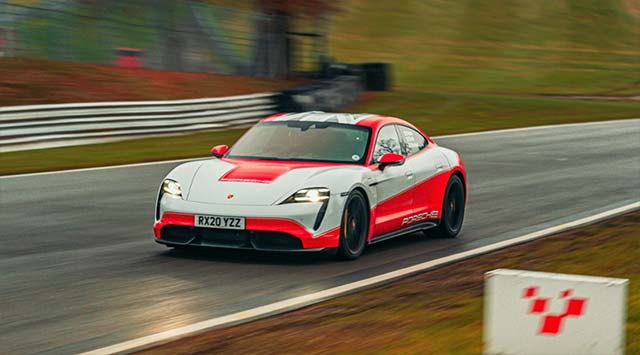 The slippery conditions and the need for efficiency required the drivers to maximise cornering speed to reduce energy wasted under heavy acceleration and braking. Both Attwood and Palmer were used to this kind of energy management from their endurance racing career, and were able to pass on their expertise to the next generation in King and Dorlin. By the final laps, both cars were achieving around a five per cent saving in energy per lap purely through an evolved driving technique.

As a showcase for the abilities of the Taycan, the event could hardly have been more demanding, especially given the strict regulations that were in place to ensure social distancing rules could be followed. But the Taycan’s 800v architecture enables consistently high performance, decreases weight and reduces charging time. A maximum charging rate of 270 kWh also allows the 93.4 kWh Performance Battery Plus to be charged from five to 80 per cent in just 22.5 minutes under ideal conditions – crucial for such a record attempt. 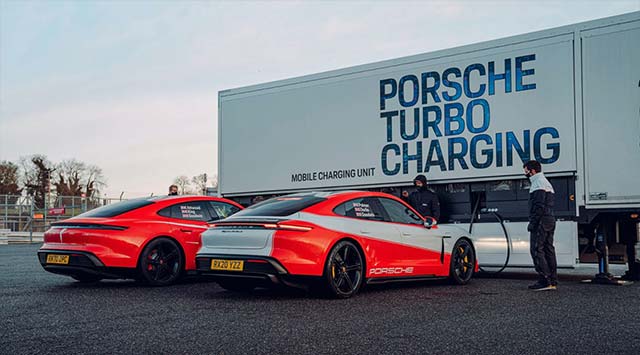 The Taycan’s sophisticated thermal management proved to be another significant asset when it came to recharging. The highly efficient, intelligent system used to cool and heat the high-voltage components prevents potential power losses due to excessive heat and optimises the temperature for charging. Despite an ambient temperature of just eight degrees Celsius at Brands Hatch, and the heat generated by constant high-speed driving, the battery temperature was always within the desired range.

Over the course of the 1,000 km record run, the Taycan 4S spent a total of three hours and three seconds entering or exiting the charging area and charging, which was completed over six stops. On average, each stop lasted around 30 minutes, the cars charging from around five percent to 85 per cent each time.