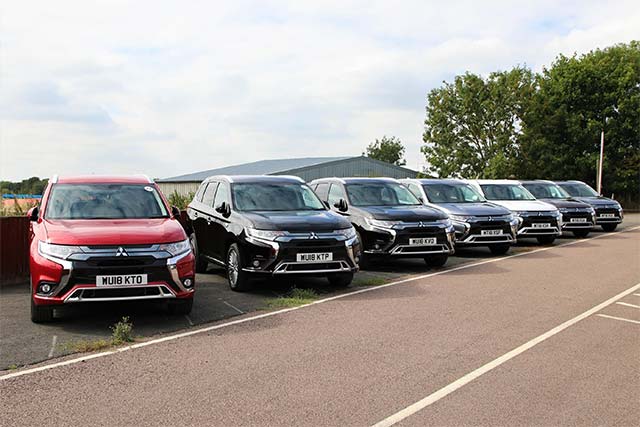 The Mitsubishi Outlander PHEV has ended 2020 as the top selling PHEV SUV in the UK with 3,736 total sales, a tally comprised of 3,416 passenger vehicles and 320 commercial vehicles.

This is the sixth time the Mitsubishi Outlander PHEV has been the UK’s best-selling PHEV SUV, having also been the top-selling PHEV across all segments every year between its launch in 2014 and the end of 2019.

Despite some obvious challenges 2020 actually proved to be a remarkable year for PHEV technology with both the number of models on offer to UK customers and the number of vehicle sold both doubling. At the end of 2019 there were 34 PHEV vehicles on sale in the UK amassing around 35,000 sales whereas by the end of 2020 consumer has 66 PHEV vehicles to choose from racking up almost 67,500 sales, a 93% increase. The Mitsubishi Outlander PHEV is widely credited with laying the groundwork for wider acceptance of the technology in the UK.

Looking at all plug-in hybrid vehicles sold across all segments in the UK in 2020, the Outlander PHEV has ended the year with a podium position overall with the commercial vehicle version remaining the best-selling PHEV LCV in the UK.

Apart from the lower benefit in kind tax that PHEVs attract, customers are also drawn to the lower running costs and environmental benefits of plug-in hybrid technology. Recent studies indicate that 92% of Mitsubishi Outlander PHEV customers charge their vehicles multiple times per week and spend almost three quarters (72%) of their commutes and 85% of errand and school runs driving in pure-electric “EV mode”.

Just as importantly, PHEVs are also accelerating an attitudinal shift for the future with 70% of Outlander PHEV owners now considering a fully electric vehicle for the next purchase compared to just 27% of surveyed drivers of petrol- and diesel-powered vehicles.