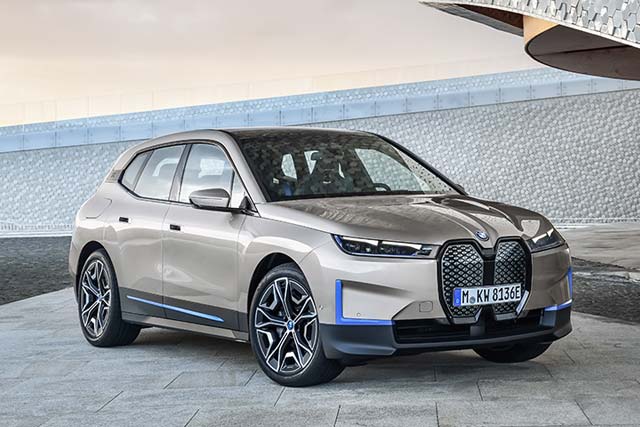 The BMW Group once again confirmed its position as the world’s leading premium automotive manufacturer last year, with a total of 2,324,809 BMW, MINI and Rolls-Royce vehicles (-8.4%) delivered to customers worldwide. 686,069 vehicles were sold at Group level in the fourth quarter, an increase of three percent (+3.2%) year-on-year.

“We responded to the effects of the corona pandemic with great agility in sales management and production. As a result, we succeeded in concluding the year with a strong fourth quarter and once again we lead the premium segment worldwide,” underlined Pieter Nota, Member of the Board of Management of BMW AG responsible for Customer, Brands and Sales. “Thanks to our Efficient Dynamics technologies and the more than 135,000 electrified vehicles we delivered in Europe, we overfulfilled our CO2 fleet targets in the EU and were even able to go below the mandatory limit by a few grams,” Nota continued.

Sales of electrified vehicles up more than 30 percent, demonstrating growth in electromobility

This means that electromobility is also a significant growth driver for the company in absolute terms. Sales of fully electric vehicles rose by 13 percent, while plug-in hybrid sales climbed by almost 40 percent. In Europe, electrified vehicles already accounted for 15 percent of total sales.

76,246 electrified vehicles were sold at Group level in the fourth quarter, an increase of three percent (+55%) year-on-year.

The BMW Group has now increased the number of electrified vehicles (pure electric and plug-in hybrid) in its line-up to 13 models, which are available in 74 markets around the globe.

By 2023, the BMW Group plans to almost double its line-up to 25 electrified vehicles, of which more than half will be fully electric.

The introduction of the pure-electric MINI Cooper SE, with 17,580 vehicles sold in 2020, and BMW iX3 last year will be followed in 2021 by the start of production for the fully electric BMW iX in Dingolfing and the BMW i4 in Munich.

Jan 12, 2021Blagojce Krivevski
Mitsubishi Outlander PHEV is once again the top-selling PHEV SUV in the UKVolkswagen triples sales of all-electric vehicles in 2020