Polestar 2 is Car of the Year in Norway 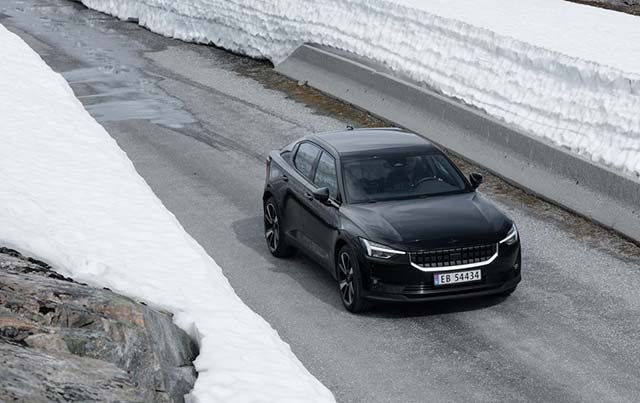 Polestar 2 has today been announced as Norway’s Car of the Year (COTY). The annual award, presented by Dagbladet, is an acclaimed industry award decided by a panel of expert judges.

“To win Car of the Year in Norway, the world’s most advanced EV market, is a huge achievement for our young Polestar brand. Norway has been a key market from the start of our journey, and this level of recognition, on top of our recent People’s Choice Award from the Norwegian public, encourages and motivates us to keep pushing and carving our own path,” says CEO of Polestar, Thomas Ingenlath.

The COTY announcement follows just one week after Polestar was voted as this year’s People’s Choice by the Norwegian public. Both awards are delivered/handed out by Norwegian newspaper, Dagbladet.

The all-Norwegian jury consists of experts, journalists and members of Norwegian EV associations. In their jury statement, they recognised the Polestar 2 as “a great joy to drive at a very reasonable price point.”

“The switch to all electric is hard, it’s happening fast, and I feel that all these delightful fuel cars with roaring engines that we petrol heads love are disappearing – but this is somehow not relevant when I got into the Polestar 2. From the second I got into the Polestar 2 I enjoyed myself and left wishing this was the car I was able to drive every day. The driving experience is extremely good, the design is sporty, cool and edgy and when the price is factored in, it’s just a great car at a great price point”, says jury member and car journalist at Dagbladet, Rune Nesheim.

“Our first year in Norway has been an exciting one. Six months ago, we didn’t have a single car in the country and now we stand here with two Norwegian and several international awards – it’s fair to say this has been an amazing journey. I would like to thank the judges for their kind words and, most importantly, I would like to say a huge thank you to our customers and our team,” says Head of Polestar Norway, Alexander Hørthe.

The award is presented in relation to Dagbladet’s annual Car of the Year Awards, a series of awards announced throughout November.