‘Green number plates’ will boost EV demand ahead of 2030 deadline, according to Nissan poll 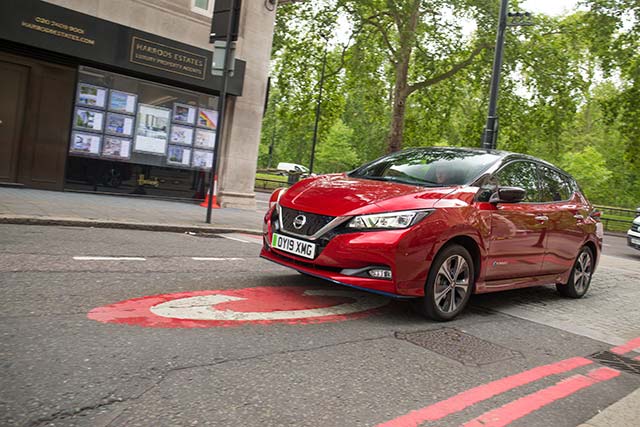 A third of motorists in the UK would be more likely to buy an electric vehicle because of new green number plates, launched today, according to research commissioned by the carmaker Nissan.

With 29% of people also looking to cut their motoring costs this year, it could come as a surprise to find out just how much an EV can help, thanks to a variety of existing financial benefits and the potential for more as local authorities look to encourage EV adoption.

The new registration plates, which are intended to raise the profile of zero emission vehicles on UK roads, are being introduced today (December 8).

Featuring a green flash down the left hand side, they can be fitted to all-electric vehicles and could lead to the introduction of additional EV-only incentives in towns and cities across the country.

Andrew Humberstone, managing director of Nissan Motor GB, said: “The age of the electric vehicle is now approaching rapidly and these new green registration plates will soon be a common sight on our roads.

“Zero emission electric vehicles unlock incredible benefits for everyone, but while many people know about the environmental benefits, many car buyers still don’t realise they could also save significant sums buying and running an electric car.”

News last month that the Government will end sales of new petrol and diesel cars and vans in 2030 have now put electric vehicles firmly on motorists’ radar, and the new registration plates will make them even easier to identify.

YouGov spoke to 2,046 adults from all over the UK for the Nissan-commissioned survey, which was carried out at the end of August.

The Nissan survey found that with the introduction of green number plates, and the prospect of further incentives linked to EV ownership, 32 per cent of people would be more likely to buy an electric car.

Not surprisingly, perhaps, just five per cent of respondents said they would be less inclined to do so.

55% of people were also unaware that low emission zones were under consideration in towns and cities across the nation.

Eighty-one per cent of respondents were aware of the environmental benefits of electric motoring, the survey found, but 53 per cent were unaware of the considerable financial gains they could enjoy, such as significantly lower running and maintenance costs than petrol/diesel cars, VED and congestion charge exemption and discounted charging and parking in some places.

The survey showed enthusiasm for electric motoring is strong in London, with 50 per cent of residents questioned saying they would be likely to buy an electric car if it made it easier to access the centre of the capital.

In terms of occupations, 66 per cent of full-time students said they’d be keen to go electric to gain enhanced access to their local town centre.

Nissan has long been a leader in the field of electric mobility with around half a million examples of its multi-award-winning, British-built LEAF hatchback sold since its launch 10 years ago. Recommended by 92% of owners in Europe, the LEAF can drive up to 239 miles on a single charge.

The Nissan e-NV200 all-electric van, which delivers low operating costs and high levels of efficiency, has also been adopted by businesses and local authorities all over the country.