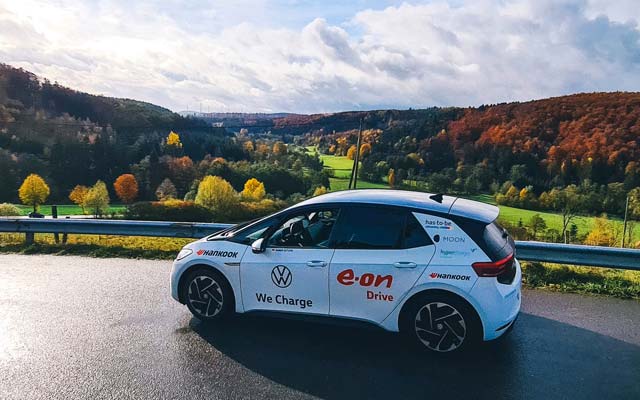 “If you’re open-minded, you can have plenty of fun with an electric car like the ID.3,” Rainer Zietlow says. And he should know because Zietlow, originally from Mannheim, and his companion Dominic Brüner from Hannover spent 65 days travelling the length and breadth of Germany to test the long-distance capabilities of the new Volkswagen model as well as the charging infrastructure across Germany.

Despite the restrictions in place due to the pandemic and after having covered 28,198 kilometres, the team reached its destination on Sylt today as scheduled, marking the end of the marathon test drive. In the process, the team also set the world record for the “longest continuous EV drive through a single country”.

“An inquisitive nature and many questions about electric mobility were two constant companions on our tour, most of all at the quick-charging stations and the many dealerships we stopped at over the course of the ID.3 Germany tour,” Zietlow explained.

“The charging infrastructure is already relatively well developed nowadays. 652 stations were compatible with We Charge. However, at some sites there is still potential for improvement, for instance some charging stations are located off the beaten track or they are poorly lit at night.”

At the heart of this endurance test was a Volkswagen ID.3 Pro S pre-production model with a battery capacity of 77 kWh. The vehicle boasts a range of up to 549 km in the WLTP cycle and will be launched in spring 2021.

Not just the charging stations, but also the VW ID.3 demonstrated that electric mobility in Germany is efficient and suitable for everyday challenges. On average, the test vehicle consumed 19 kWh per 100 km covered during this marathon test drive while the longest stretch without charging was 420 kilometres.