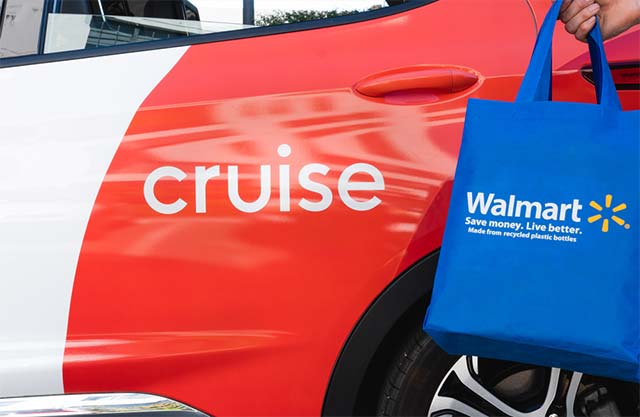 Walmart, the world’s largest retailer, is partnering with Cruise to test out a delivery service using a fleet of autonomous and electric vehicles. The pilot project will kick off in early 2021 and take place in Scottsdale, Arizona.

What’s unique about Cruise is they’re the only self-driving car company to operate an entire fleet of all-electric vehicles powered with 100% renewable energy, which supports Walmart’s road to zero emissions by 2040.

The pilot, which will start in Scottsdale, Arizona, is beginning after Walmart saw an increase in delivery services usage during the pandemic. The major retailer launched its Express Delivery in April, and it’s now offered in more than 2,800 stores.

As part of the pilot customers can place an order from their local store and have it delivered, contact-free, via one of Cruise’s all-electric self-driving cars.

“Technology that has the potential to not only save customers time and money but also be helpful to the planet is technology we want to learn more about,” said Walmart in a statement.