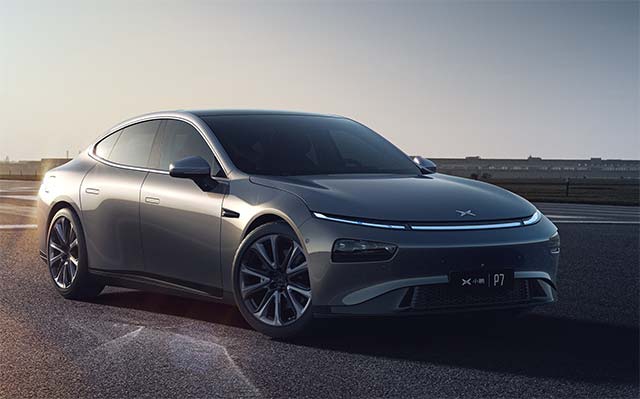 “2020 to 2022 is a period of gaining significant momentum for the Smart EV sector which will rapidly accelerate from 2023 to 2025 and a create massive disruption to traditional ICE vehicles,” said He Xiaopeng, Chairman & CEO of XPeng.

XPeng’s autonomous driving system XPILOT 3.0, planned for release in the first quarter of 2021, will provide Navigation Guided Pilot (NGP) for highways and memory auto parking for carparks. These new features address some of the major challenges for drivers in China.

Built on XPILOT 3.0, the NGP highway solution enables autonomous driving from point A to point B. The solution will be available on all of China’s major highways with high-precision digital maps and will be the most advanced navigation guided autonomous driving system for production models in China.

The solution will be the only 360° dual-perception system in the industry with optimal identification of automobile surroundings with the most powerful positioning capabilities in production.

The XPILOT 3.0 will feature a Memory Parking functionality for parking lots. This feature will recognize side-front parking spaces and cover “the last mile” of parking with the ability to avoid obstacles, plan routes and park with extreme precision. The feature is the world’s first auto parking system for production vehicles that does not require any car park modifications.

“Our core competitive advantage is our end-to-end in-house developed software for autonomous driving. In the past few years, we have developed a full range of self-developed R&D and implemented these advanced technologies into our models. There are only two auto makers in the world that have end-to-end autonomous driving capabilities and XPeng is one of them,” said XinZhou Wu, Vice President of Autonomous Driving at XPeng.

XPeng also introduced another update of its Xmart OS operating system with the world’s first All Voice In-car System, able to deliver the majority of in-car functions. The updated system is the world’s first in-car voice system that responds to continuous driver-vehicle dialogues and is able to execute 10 voice commands every 25 seconds.

Xmart OS is now the world’s first open-end vehicle hardware system which allows third-party applications to access vehicle status and data to produce tailor-made infotainment. It also has a unique programmable smart lighting system where users can personalize its lighting effects in the future.

XPeng’s 2nd annual Smart Car Operations Report is based on data from XPeng vehicles from Jan 1, 2020 to Sep 30, 2020. The report illustrates the Smart Cars’ most appealing aspects and how customers value smart features.