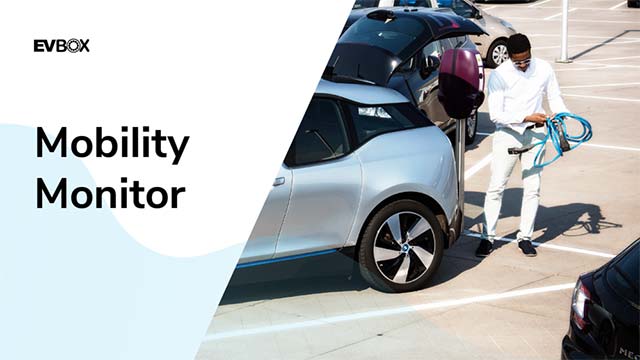 With our world feeling the effects of climate change, the majority of Europeans (63 percent) consider following a sustainable path as the best solution. 40 percent go as far as to say that their government should only give financial aid related to the corona pandemic and to companies who are taking serious steps to reduce their ecological footprint. Electric cars are considered to be an instrumental solution to climate change by 43 percent of European citizens.

These are some of the initial findings from the EVBox Mobility Monitor—EVBox’s annual market research report on electric vehicle adoption and barriers conducted alongside Ipsos. The research is supported by responses from 3,600 European citizens across six countries: the Netherlands, Germany, France, Belgium, Norway, and the UK.

A large proportion of European citizens (62 percent) rate climate change as a highly personal matter—and 74 percent of people who are looking to invest in an EV or already drive one agree. More than half of the respondents (62 percent) state that reducing CO2 emissions in transportation is important to them and roughly two out of three (potential*) EV drivers clearly link eMobility to the broader theme of combating climate change. In general, environmental considerations are important to potential* EV drivers when looking to buy a car—particularly for respondents from Germany (72 percent), Belgium (69 percent), the UK (68 percent), and France (66 percent)

Enablers and barriers for EV adoption

However, the majority of current EV drivers do not encounter problems during charging sessions (89 percent) which shows that as long as people are open to trying it out, they likely won’t look back.

Policies and tax credits have the power to turn potential* EV drivers into actual ones. 77 percent of people considering investing in an EV think that their government should prioritize policies that protect the environment. The transportation goal of the European Green Deal is seen as favorable by 70 percent of (potential) EV drivers, and more than half say that the goal makes investing in an EV a more attractive prospect.

Current EV drivers prove extremely loyal when it comes to electric driving—82 percent say that they would opt for an EV again. Governmental policies with a focus on the environment, more (fast) charging points across Europe, and an increase in affordable new EV models are strong motivators to ensure a seamless transition to eMobility.

What does a typical European EV driver look like and where do they charge?

“At EVBox, we want to hold ourselves and our industry accountable for ensuring the availability of electric mobility to every driver and business—resulting in cleaner transport, a better-connected world, and a more sustainable future. Our market research shows citizens across Europe expect their governments, car manufacturers, charging station manufacturers, and other businesses to take an active role in protecting and positively impacting the environment. Together, we need to remove the main barriers to EV adoption so that future generations have the chance to experience a healthy planet connected by clean, electric mobility,” said Kristof Vereenooghe (CEO of EVBox Group)