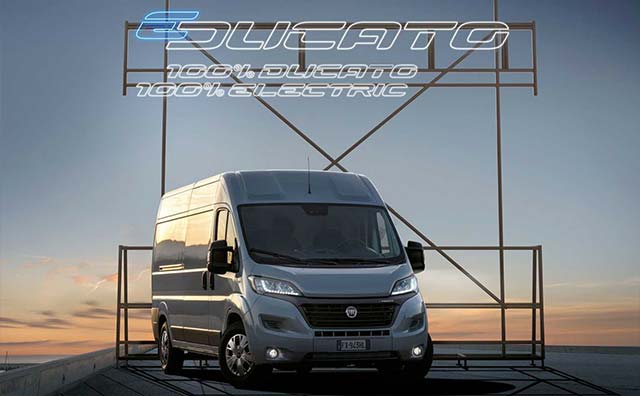 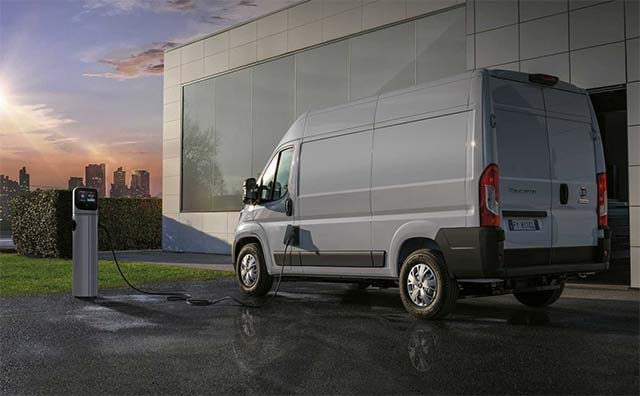 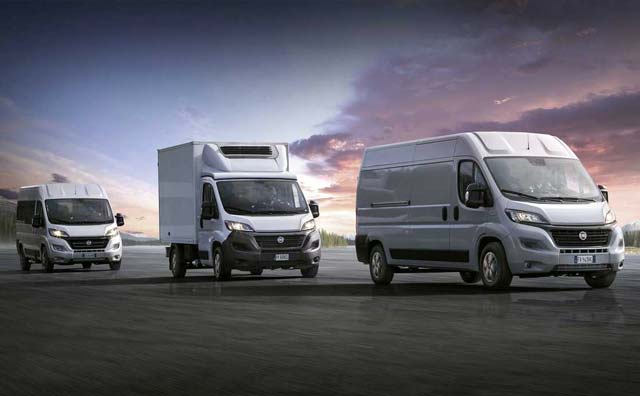 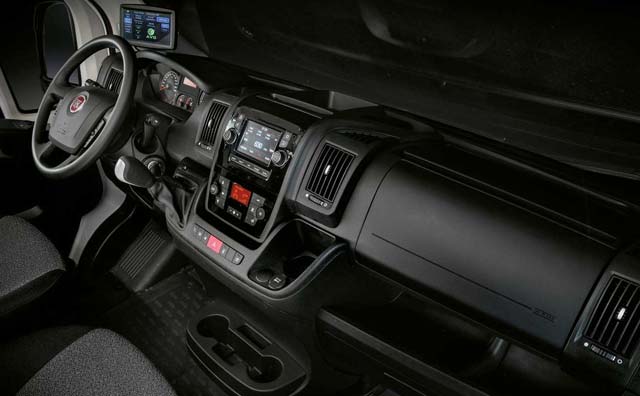 Orders for the 100% electric Fiat E-Ducato are now open, priced from £47,675 excluding VAT (after the Government PiVG).

Kickstarting the Fiat brand’s foray into 100% electric vehicles, the E-Ducato large LCV receives a range of between 99 and 192 miles (WLTP City), depending on the variant. It is congestion charge and ULEZ-exempt, making it the perfect tool for businesses in both urban and suburban environments.

E-Ducato provides a choice between two battery sizes – 47kWh or 79kWh. The 47kWh battery, alongside a 90kW motor, provides a range of up to 120 miles (WLTP City), a maximum power of 90kW (equivalent to 122hp) and maximum torque of 280Nm at 12,000rpm. E-Ducato receives a top speed of 62mph and takes under 6 seconds to go from 0-30mph. Its impressive charging time of zero to fully charged, takes just 2 hours and 25 minutes, enabling businesses to recharge and get back on the road in the quickest time possible. The 47kWh battery is available with AC or DC charging capability.

The 79kWh battery is fused to the same 90kW motor and receives the same power and torque outputs as the 47kWh battery, however provides a longer range of up to 192 miles (WLTP City). E-Ducato with the 79kWh battery takes just 4 hours to charge from 0-100% and is also available with AC or DC charging capability.

These figures still do not impede on the versatility of E-Ducato – it receives a best-in-class payload of up to 1,950kg and maintains the same best-in-class volumes as ICE Ducato of between 10m3 and 17m3.

Range is maximised in E-Ducato through its regenerative braking system, with the van storing energy as it is driven downhill. This ensures range isn’t wasted and is stored for when needed most.

The E-Ducato also provides the driver with three driving mode options – Normal which gives optimal balance between performance and economy, Eco for an increase in the available range by managing acceleration response in order to reduce energy consumption and deactivation of air conditioning. There is also the Power mode for facing full-load missions.

A fourth, ‘Turtle mode’, is activated when battery power reaches near-to 0% level. The vehicle alerts the user and activates a specific driving mode with strongly reduced performance to extend the remaining range.

Every E-Ducato receives a 12 month subscription to Mopar Connect. This smartphone application provides help 24 hours a day via its crash assistance service, to identify the impact and send the GPS position of E-Ducato to its operations centre.

Mopar Connect Theft Assistance is able to detect unauthorised towing or tampering of the device and can receive assistance from a my:Assistant operator. After having reported the theft, the operators will provide the GPS coordinates and will immobilise the engine when the vehicle stops to facilitate recovery. Roadside Assistance is also available via Mopar Connect.

Richard Chamberlain, Head of Fiat Professional in the UK, said: “Ducato will be 40 years old next year but its success shows no signs of slowing down, and in fact we are now leading with new powertrain options.

“Everyone at Fiat Professional is so proud of Ducato and what it continues to achieve, particularly at this challenging time when it’s playing such an active role with our emergency services, local authorities and logistics companies operating on the frontline.”

He added: “We are all incredibly excited about the arrival of the new E-Ducato in showrooms later this year, because we know what a brilliant vehicle it is.

“It’s no exaggeration to say E-Ducato is going to be a game changer for many thousands of our customers looking for an electric van that’s more than a match for real-world jobs whilst also making a positive step towards reducing their impact on the environment.”