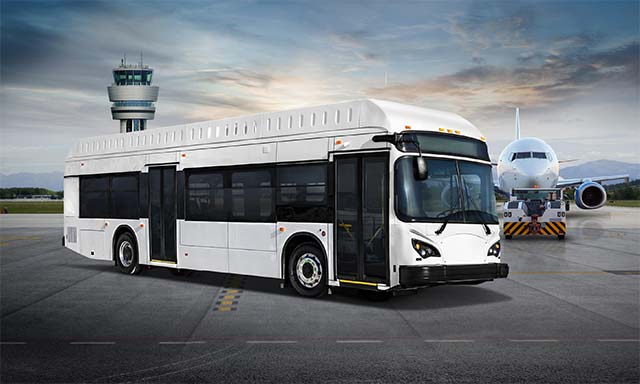 More than 50 customers across the United States are operating U.S. made BYD electric buses in communities from Martha’s Vineyard and Indianapolis to Palo Alto and Los Angeles. Zero-emission mileage logged by U.S. BYD customers is the equivalent mileage of more than 520 trips around the globe.

“This is a landmark that no other electric bus manufacturer has matched,” Patrick Duan, BYD Vice President Operations North America, said. “Our union-built buses, made in Lancaster, California, are miles ahead on the ground and outpacing the competition every day with clean, innovative and safe technologies.”

Every zero-emission bus eliminates approximately 1,690 tons of CO2 over its 12-year lifespan, according to the U.S. Transportation Department. BYD’s 13-million-mile emission-free landmark is the equivalent of removing 13,000 cars from the road – enough to fill the parking lot at Angels Stadium of Anaheim. Stacked on top of each other, those cars would be three times taller than Mt. Everest. BYD is proudly Buy America compliant.

The 13 million emission-free miles traveled by BYD electric buses have eliminated the need for transit agencies and operators to consume 3.3 million gallons of diesel fuel resulting in millions of dollars in savings to U.S. taxpayers, based on transit agency estimates.

One BYD customer, the Antelope Valley Transit Authority (AVTA), announced last month it crossed the 3-million-mile mark in zero emission operations. The AVTA estimates it has saved 769,231 gallons of diesel fuel, which equates to a savings of more than $1 million in fuel costs after paying for electricity.