Electric Vehicles Are Now Cheaper Than ICE In The UK 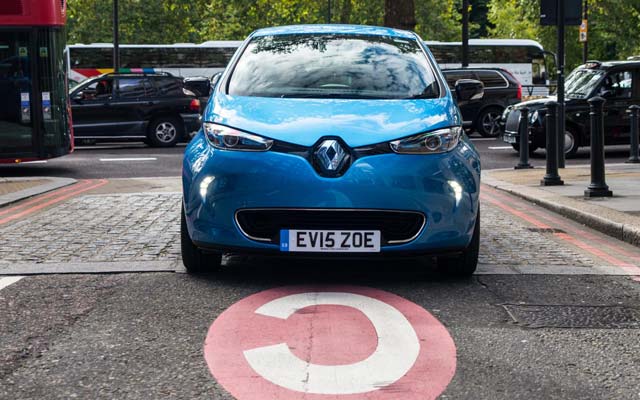 Purchasing a new electric car in 2020 and running it over its lifetime would cost £52,133, compared to £53,625 for an equivalent petrol fuelled model.  On average an electric vehicle would cost the owner £3,752 a year over the course of its life, compared to £3,858 for a petrol car, resulting in an annual saving of £107.

In spite of the higher purchase price of electric cars, which accounting for government grants is currently around £5,000 (22 per cent) higher than comparable petrol models, these vehicles are significantly cheaper to run.  Annual running costs average £1,742, or £33.50 per week for an electric car, which is 21 per cent cheaper than the running costs of a comparable petrol fuelled car at £2,205 per year or £42.40 per week.

Annual tax and maintenance costs (including MOTs and servicing) for electric vehicles are 49 per cent lower than for petrol models, while refuelling costs 58 per cent less. However, insurance costs are on average 25 per cent higher for electric vehicles, due to current production costs and complexities involved in the calibration of computers used in these cars.

With the anticipated lifetime of a vehicle currently estimated to be around 13.9 years any car bought today would likely need to be replaced by the end of 2034, just before the ban on petrol, diesel and hybrid cars comes into force.

The research also revealed that electric vehicles hold their value better than petrol equivalents, with analysis of second-hand car data revealing that a year-old electric vehicle only loses 12 per cent of its value, compared to a 24 per cent write down for petrol models.

Breakdown of costs associated with electric and petrol vehicles, 2020

As well as benefitting from cheaper running costs, motorists are also able to take advantage of a range of grants designed to encourage people to switch to greener modes of transport. These include subsidies to have home charging ports installed, with the Electric Vehicle Homecharge Scheme (EVHS) contributing £350 to the cost of installation, while an additional saving of £300 could be made by having the installation carried out by an Energy Saving Trust-approved engineer.

There are also incentives that slash the sale price of an electric car, with motorists already able to save up to £3,000 off the cost of a new electric vehicle thanks to the Plug-in Car Grant (PICG).  In June it was also suggested that the Government could re-launch a scrappage scheme that would see motorists save as much as £6,000 on the price of a new electric car if they were to scrap their existing petrol or diesel model.

These findings come as a survey conducted by Direct Line revealed that almost two-thirds (61 per cent) would make the switch to an electric car if the technology and green car market continues to improve.  The biggest issues with the current selection of electric vehicles are the limited charging network (35 per cent), the high up-front cost (34 per cent) and the limited battery range (16 per cent). With significant improvements expected to be made in charging availability, cost and range over the coming years, if all of these motorists were to convert to an electric car it could result in a combined saving of 24.3 million fewer tons of carbon emissions annually.

However, the research also revealed that some people are still reluctant to make the switch, with over a quarter of motorists (27 per cent, or 11.4 million UK adults) stating that they would only ever buy a petrol or diesel vehicle if given the choice.

Analysis of official data shows that there were 99,374 licenced battery electric cars in the UK in 2019, an increase of 53 per cent on the previous year and the equivalent of a new electric vehicle being registered every 15 minutes. Electric cars still represent a small fraction of the total number of vehicles on the road, however these vehicles are responsible for an estimated 185,500 fewer tonnes of CO2 being produced annually.

The sharp rise in their popularity, coupled with the stagnation of registrations of new petrol cars, suggests that motorists are undergoing a gradual shift towards more environmentally-friendly cars.