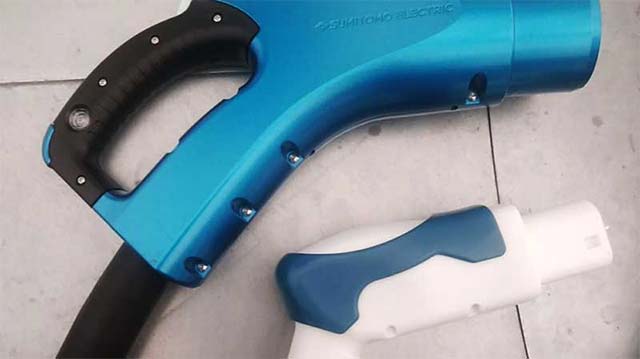 CHAdeMO Association has released the latest CHAdeMO protocol (CHAdeMO 3.0) to its Regular members, specifying the requirements for designing the next-generation CHAdeMO chargers, using the brand-new, identical plug with China’s GB/T protocol, allowing for maximum current of 600A.

This latest version of CHAdeMO protocol enables DC charging with the power over 500kW (maximum current 600A), while ensuring the connector to be light and compact with a smaller diameter cable, thanks to the liquid-cooling technology as well as to the removal of locking mechanism from the connector to the vehicle side. Backward compatibility of the CHAdeMO 3.0-compliant vehicles with the existing DC fast charging standards (CHAdeMO, GB/T, and possibly CCS) is ensured; in other words, today’s CHAdeMO chargers can feed power to both the current EVs as well as the future EVs via an adapter or with a multi-standard charger.

Started as a bi-lateral project, ChaoJi has developed into an international collaboration forum, mobilising expertise and market experience of key players from Europe, Asia, North America, and Oceania. India is expected to join the team sometime soon, and governments and companies form South Korea and South-eastern Asian countries have also expressed their strong interests.

Japan and China have agreed to continue working together on the technical development and to promote this next-generation charging technology through further technical demonstration events and the trial deployment of the new chargers.

The testing requirements for CHAdeMO 3.0 specification are expected to be issued within a year. The first ChaoJi EVs will be likely commercial vehicles and expected to be launched in the market as early as 2021, followed by other types of vehicles including passenger EVs.