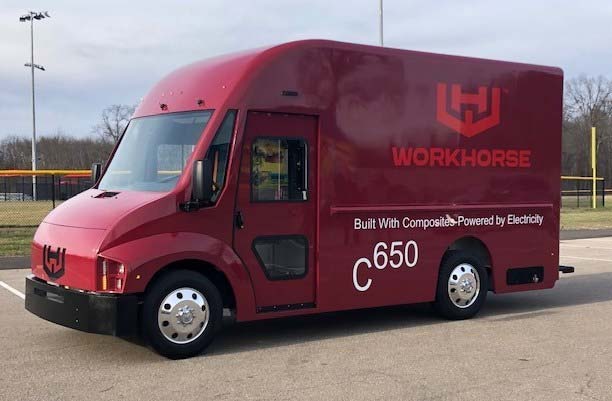 A Certificate of Conformity is issued by the EPA to a vehicle manufacturer to officially confirm that a specific vehicle class conforms to all EPA regulations and emission standards. With this approval, the vehicle class also has the right and authority to operate on U.S. roads and highways.

“Receiving the EPA’s Certificate of Conformity for our C-Series electric last-mile delivery trucks is a major accomplishment in the C-Series production process,” said Workhorse CEO Duane Hughes. “This certification allows our vehicles to be sold, delivered and operated on U.S. roads.”

Workhorse C-Series vehicles are powered by a modular battery pack system, which provides between 35 kilowatt hours (kWh) when equipped with two battery packs and 105 kWh in its largest, six-pack configuration, empowering customers to choose the right energy requirement for specific duty cycles. Depending on the size of battery pack installation, range is expected to be between 100 and 150 miles on a single charge, while achieving approximately 53 miles per gallon gasoline equivalent (MPGe). Workhorse also currently has the only patent approved for a delivery-truck-mounted drone system, which has been shown to further increase last mile efficiency. Workhorse’s C-Series electric delivery trucks help fleet managers meet their all-electric range goals, while delivering lower overall total cost of ownership (TCO).