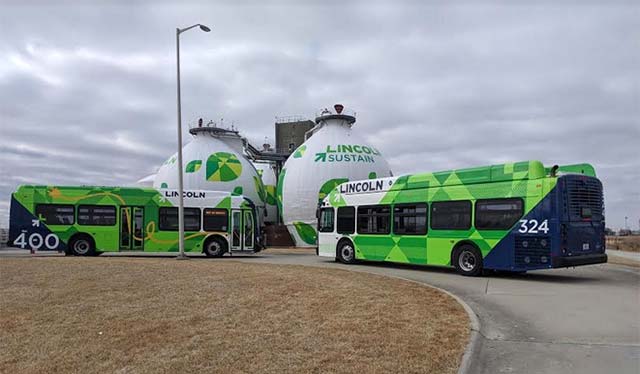 The zero-emission bus purchase furthers the city’s commitment to sustainability through greenhouse gas reduction in public transit, and is comprised of two orders, both supported with Federal Transit Administration (“FTA”) Low or No-Emission funding. A $1.45 million federal grant in 2017 supported the city’s purchase of its first four electric buses, while a $2.6 million federal grant in 2019 supported the replacement of six older diesel buses with new electric models.

Each electric bus is estimated to reduce greenhouse gas emissions by 100-160 tons per year, compared to a traditional clean diesel bus.

StarTran is the public transit bus system in Lincoln, Nebraska, and is the only mass transit carrier in the city of Lincoln, supporting over 2 million rides per year. In 2019, StarTran saw the largest ridership increase in among urban transit systems in the state of Nebraska, as reported by the FTA. StarTran has been nationally acknowledged as a leader in the utilization and promotion of alternative fuels, with fuel program including CNG, biodiesel, and ethanol.