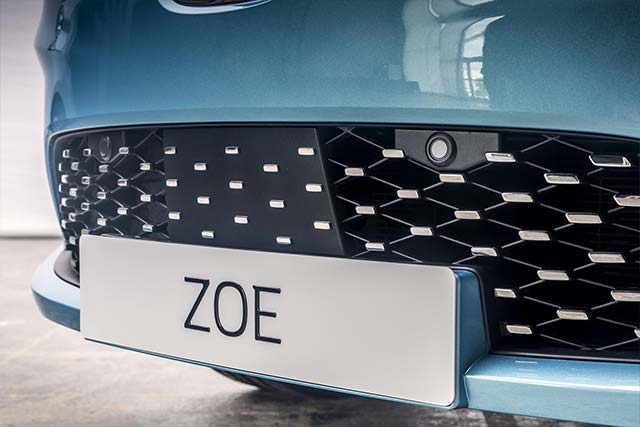 The Renault ZOE has retained its title as the fastest selling used car in the UK, with the 2016 variant taking the top spot in the first review of the Auto Trader Fastest Selling Index of the year. The result adds further weight to the prediction from automotive analysts that 2020 is set to be the year of the electric car.

The latest figures from the Index, which live tracks the speed at which vehicles sell combined with a 1-100 Retail Rating determined by live supply and demand, showed that the French ultra-low emission vehicle (ULEV) currently has the potential to leave forecourts in just 25 days. Despite the 2016 variant topping January’s list, with just one ZOE featuring on the top 10, January marks a slight decline in popularity compared to December, where three made the list.

Commenting on the Index, Auto Trader’s director of commercial products, Karolina Edwards-Smajda, said: “Despite a slight increase of traditional fuelled vehicles on the top 10, it’s impossible to ignore the huge shift in consumer perception towards low emission cars. Whilst we’re a long way from mass adoption, every metric on our marketplace indicates an ever-growing appetite for electric. Not only has the ZOE continued its reign into the new year, but over the last 12 months we’ve seen a significant 78% increase in searches for EVs on Auto Trader. With more and more new generation models set to reach showrooms this year, coupled with fast improving infrastructure, it’s looking increasingly likely that 2020 will indeed be the year of electric.”

Rather than offering a simple retrospective view of the market, the Auto Trader Fastest Selling Index provides a prediction of how fast a car will sell if priced to the market based on analysis of its current performance combined with its Auto Trader Retail Rating   The metric is based on analysis of over 1.9 million vehicles each day, including 90,000 vehicle updates and an average of 19,000 vehicles added or removed from Auto Trader. Coupled with data from circa 450,000 daily trade used car listings, as well as additional dealer forecourt and website data, it’s the industry’s largest and most robust dataset.

Hitting targets will always be determined by how quickly a retailer can turn their stock around and using data is the key to speeding it up. Users of Retail Accelerator, Auto Trader’s data management solution which is powered by the Auto Trader Retail Rating metric, are able to sell their vehicles an average of 12.8 days faster than those retailers that don’t use the data management tool.