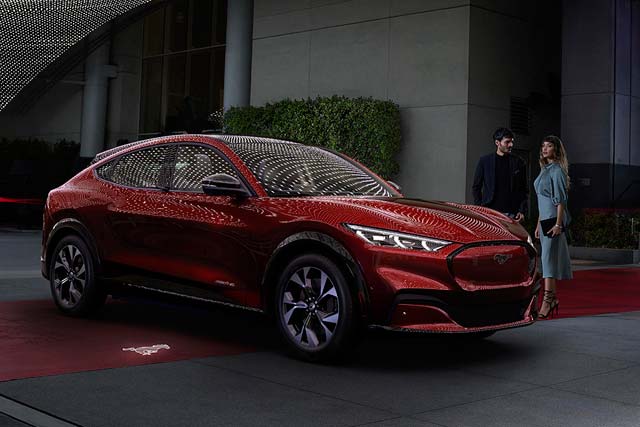 Reservations for the First Edition of the Mustang Mach-E are officially full — though other models like the Premium edition and the GT are still available for pre-order.

The Mustang Mach-E is expected to arrive in dealerships beginning in late-2020 with “Premium” and “First Edition” models, followed by base and performance models, including a “GT,” through spring 2021.

Starting pricing — excluding federal tax incentives of up to $7,500 — will range from about $43,895 for the base “Select” version to roughly $60,500 for the Mach-E GT Performance Edition.

Here are some key facts from the reservations bank:

Mustang Mach-E will be available in both standard-range (75.7 kWh lithium-ion battery) and extended-range (98.8 kWh battery), which has a targeted EPA-estimated range of at least 300 miles (483 km) in rear-wheel-drive configuration.