ICO, ENGIE and EVBox will supply the largest electric loading island in Belgium 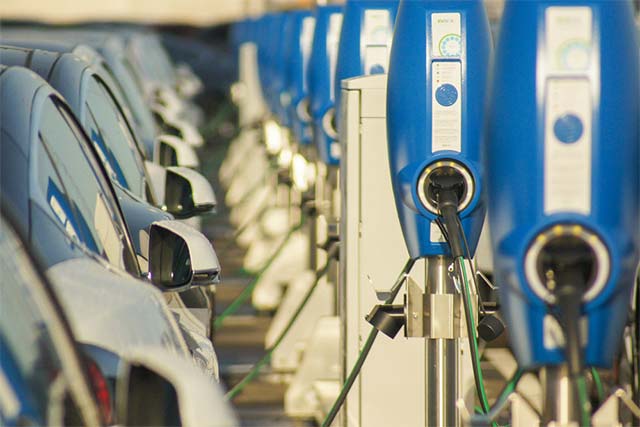 ICO, Port of Zeebrugge—an important hub for roll-on/roll-off international cargo handling, is transitioning to clean energy use in an impressive way.

In cooperation with ENGIE, the Port of Zeebrugge will be the location for the largest onshore wind farm in Flanders, with a total capacity of 44 MW. ENGIE will also provide the country’s largest electric charging island with 308 EVBox electric charging points.

It will be Flanders’ largest onshore wind project carried out by one operator on a single site; 44 MW of locally produced green energy will be produced from 11 wind turbines. The energy will be available for the local community, ICO itself, and moored ships in the second half of 2020.

The annual production amounts to no less than 110 GWh, enough to supply approximately 30,000 households with electricity, and keep 50,000 tonnes of CO2 emissions out of the air every year.

The wind turbines are an important step forward in ICO’s plan to create a green terminal, but this is not ENGIE’s only project recently carried out in Belgium. Earlier this year, ENGIE developed the largest electric loading island in Belgium, supplying 308 charging points. These points are manufactured by EVBox, the EV charging subsidiary of ENGIE. This impressive infrastructure has been operational since February 2019, and can charge up to 100,000 electric vehicles per year thanks to the island’s capacity to produce 3.4 MW of electricity.

Charging these electric vehicles is quite a challenge. Charging sessions have to be completed quickly so that the vehicles are able to continue to their next destination. Aside from charging session speeds, charging efficiency is also an important factor. This is why smart charging software, developed by ENGIE’s Laborelec research center, is being used to constantly communicate with the charging points.

ENGIE was chosen as the partner for the development, construction, and operation of the 11 wind turbines—and for the development of the electric charging island. The integration of both projects shows that ENGIE is the leader in the zero-carbon transition as a service, and that it offers its customers the most innovative and tailor-made solutions for a transition to clean energy usage.

“ENGIE has the ambition to be the leader of the zero-carbon transition as a service, i.e. to offer its customers the means to carry out their carbon-free transition easily and at the lowest possible cost. This project, a collaboration between different entities of ENGIE, underlines our many years of expertise in various areas. We are proud to be able to help ICO complete its climate and energy objectives with our wind turbines and charging stations.”

“The automotive world faces enormous challenges in the coming years. EV vehicles are rapidly entering the market—so with an additional supply of 44 MW of green electricity, ICO is ready to accommodate these EVs. The installation of this wind farm fits in with the further expansion of ICO’s flagship terminal, where the principles “green” and “digital” are central. With a surface area of 200 ha, and a 3.2 km quay, the state of the art terminal will be the largest of its kind. With extensive digitization, innovative handling techniques, and green energy, ICO is preparing itself for the future.”