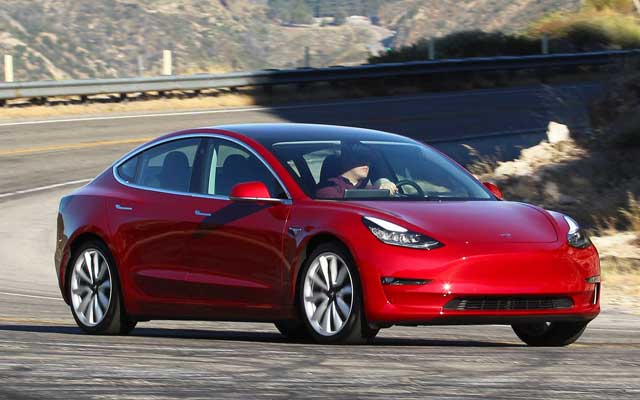 The estimated annual fuel costs for model year 2019 all-electric light-duty vehicles are the lowest of all the different vehicle technologies, ranging from a low of $500 to a high of $900 per year, according to the US Department of Energy data.

The annual fuel costs for plug-in hybrid-electric vehicles, which can fuel with gasoline and electricity, are next lowest, and are heavily influenced by the electric range of the vehicle.

Hybrid-electric vehicles, which are fueled only with gasoline, generally use their technology for maximizing fuel economy; however, because some models use their hybrid systems to boost performance rather than to increase fuel economy, not all hybrid vehicles have low fuel costs.

Conventional gasoline vehicles for MY 2019 have estimated annual fuel costs ranging from $1,000 to $4,100—the widest range, with the most vehicle models available. 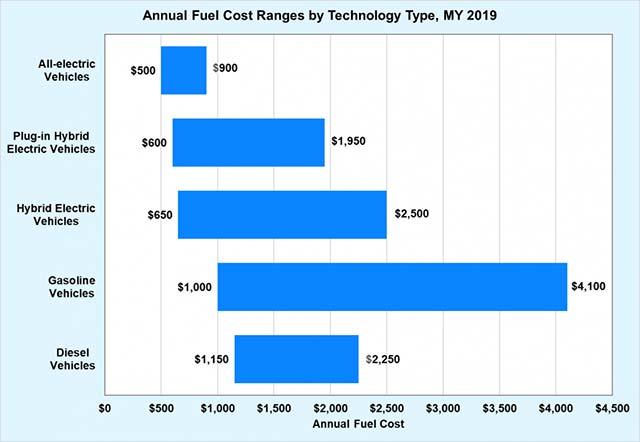