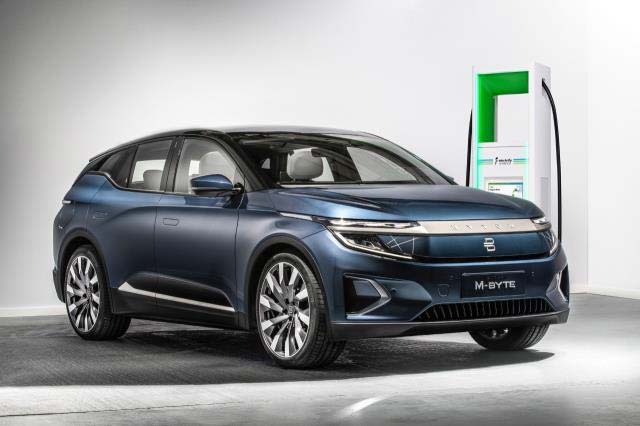 As part of this program, the BYTON M-Byte’s target manufacturer’s suggested retail price (MSRP) of $45,000 will include two years of complimentary unlimited 30 minute access to Electrify America’s growing network of public DC Fast charging stations, as well as unlimited 60 minute charging sessions at all of the company’s public Level 2 chargers.

This next critical milestone in the company’s advance toward a US market launch in 2021 provides BYTON owners access to over 3,500 150kW+ chargers at over 800 Electrify America locations across the U.S. projected by the end of 2021.  With DC Fast charging, the BYTON M-Byte will be capable of receiving up to 150 miles of range in 30 minutes at charging speeds up to 150 kW.

“This Electrify America partnership aligns with our global strategy, in prelude to other major announcements to come,” noted Dr. Andreas Schaaf BYTON Chief Customer Officer. “We continue to lay a solid foundation for a successful North American launch of the BYTON M-Byte committing to the US and its customers.”

“We are delighted that BYTON has chosen our broad and ultra-fast DC charging network as a natural fit for their forward thinking M-Byte EV,” said Giovanni Palazzo, president and chief executive officer, Electrify America. “As America’s largest, open DC fast charging network, we are convinced that this complimentary charging offer will help their drivers feel confident in driving an M-Byte nearly anywhere in the U.S.”

In addition to Electrify America’s growing network of public charging stations, the company’s unique network interoperability agreements with several other major networks will bring BYTON drivers access to more than 36,000 DC Fast and Level 2 chargers, all from a single Electrify America account. The cost of charging sessions at a partner network station will be based on the individual network’s pricing at the particular charging station location.

In the last several months, BYTON has unveiled the production version of its first model, the M-Byte SUV with its groundbreaking Shared Experience Display user interface, the industry’s first 48-inch screen. The company has also completed its state-of-the-industry production facility. The pieces are now in place to facilitate the launch of the BYTON M-Byte in China next year as well as its launch in the US and EU in 2021.