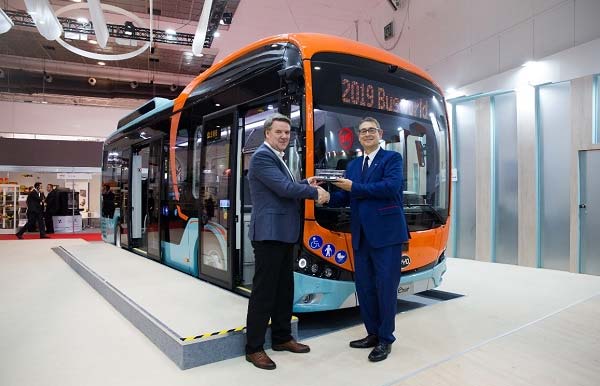 This major order – comprising models from across the BYD product range – will be delivered next year, and is the first time that Vy Buss has invested in such a major fleet replacement for electric buses. The news also bolsters BYD’s leading position in the Nordic region and continues the company’s success throughout European.

The 55 BYD electric bus fleet order comprises various models from the BYD range including 28 new Class II 13 metre variant. Other models in the order include 20 standard 12 metre electric buses and seven 18 metre articulated electric buses. All vehicles will be delivered in the second quarter of 2020 and will go into service on routes in the municipalities of Oslo, Hamar and Haugesund.

The latest fleet order rubber-stamps BYD’s position as world’s leading electric bus manufacturer, now with over 1,000 vehicles in operation or on order in Europe alone with a clear trend showing that more Local Authority public transport operators are embracing the change to electric mobility.

In a related news, at the Busworld Europe 2019, BYD has unveiled its latest upgraded 12-metre electric bus model – the bus of the future – featuring a range of enhancements to benefit operators and passengers, including a new appearance, an enhanced passenger experience, a new air conditioning system, ‘6 in 1’ integrated controller and a range of safety options.

Since its relatively recent arrival into the European market in 1998, BYD has enjoyed remarkable success with its range of 100% emissions-free, pure-electric bus and coach models. BYD remains the market leader for eBus sales in Europe – with almost 1,000 units sold to-date, yielding a top notch in the electric bus market. Earlier this year, BYD delivered its 50,000th globally-produced eBus to Spanish public transport operator, TUBASA in Badajoz.