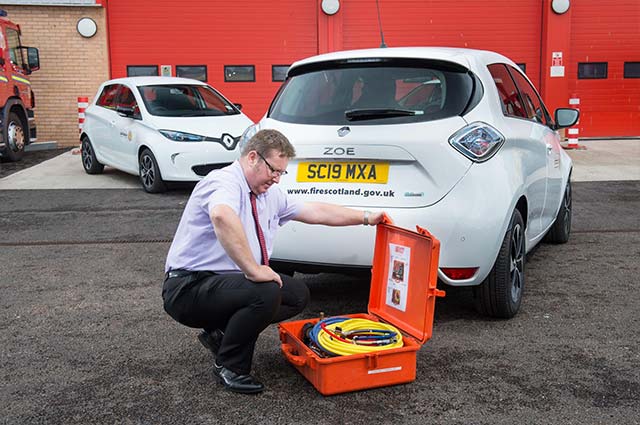 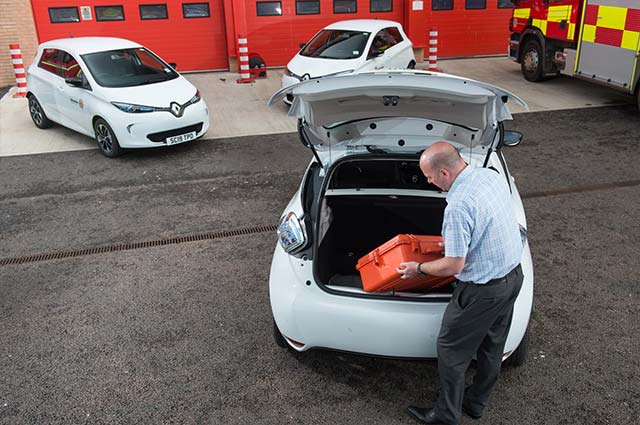 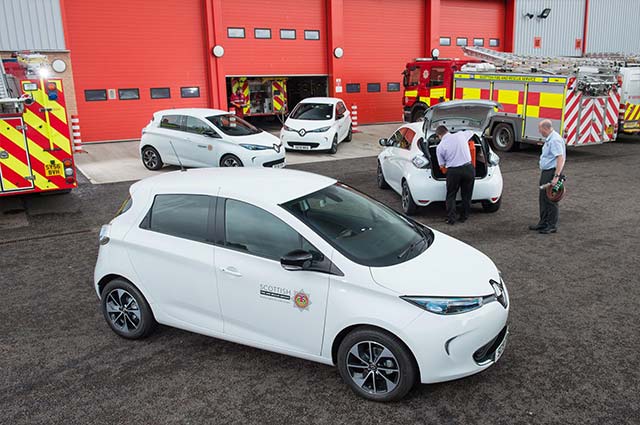 The all-electric Renault ZOE will be helping to save lives and some of the UK’s most beautiful scenery after the Scottish Fire & Rescue Service (SFRS) ordered 45 to be used throughout Scotland in the support of its frontline operations.

SFRS, the world’s fourth largest fire and rescue service, will use the zero-emissions-in-use Renault ZOEs as general pool vehicles, with each covering at least 10,000 miles a year. They will be used by uniformed staff, office employees and management to interact with the public in non-emergency situations, which span free home safety visits to community events, and will be spread across the whole of Scotland, including all major cities and as far as Orkney and the Shetland Islands.

Significantly, the new ZOEs are SFRS’s first pure electric vehicles and represent the beginning of a significant shift in how it will evolve its fleet of nearly 1,800 vehicles. The Renault ZOE proves that electric vehicles are now a viable business proposition, combined with the Scottish Government’s sizeable investment in charging infrastructure, SFRS is committed to moving to an entirely electric fleet.

The Renault ZOEs replace traditionally fueled hatchbacks and now account for nearly a quarter of SFRS’s pool car fleet. They will be based at strategic station locations throughout the country, with SFRS installing up to six charging points at each site. Aided by the Renault ZOE’s flexible charging options, additional charging will also be carried out via ChargePlace Scotland – the country’s government-supported public EV charging network.

SFRS chose the Renault ZOE due to its ‘real-world’ range of 186 miles, comprehensive standard specification, ease-of-use and value all contributing to the organisation’s decision.

The savings continue after purchase too, the ZOE being exempt from London’s Congestion Charge and ULEZ charges, plus road tax. Company car drivers also enjoy the lowest BIK rates of 16 per cent. Ownership is easy – the fully automatic ZOE complementing its impressive range with a host of charging options, including rapid charging from 0-80 per cent in 1 hour and 40 minutes, while also being relaxing and simple to drive.

In addition to the ZOE, the Renault range of 100 per cent electric vehicles encompasses the Twizy quadricycle, the Kangoo Z.E. 33 Van and the New Master Z.E. Van.