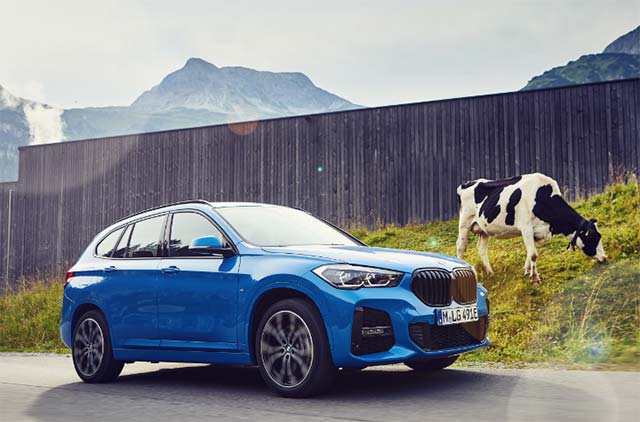 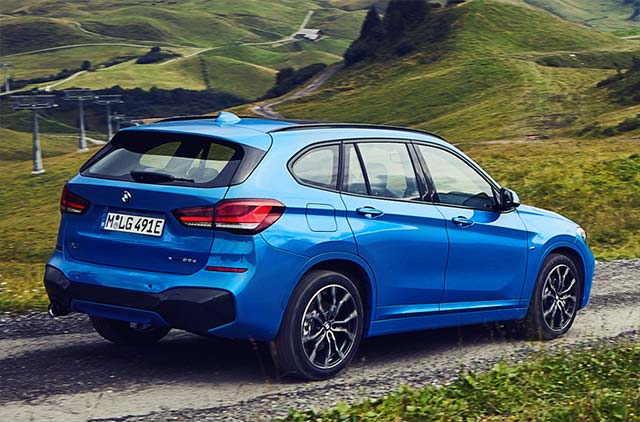 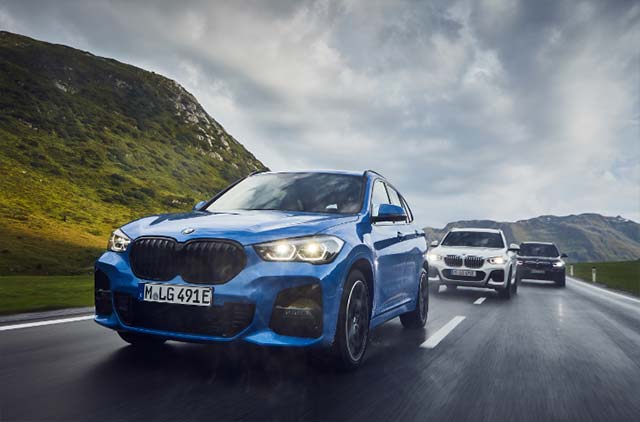 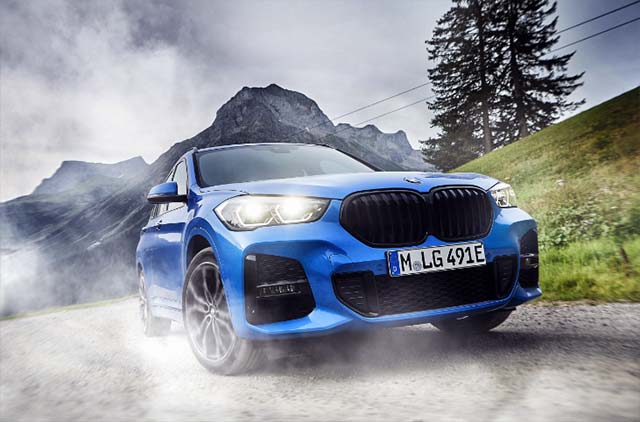 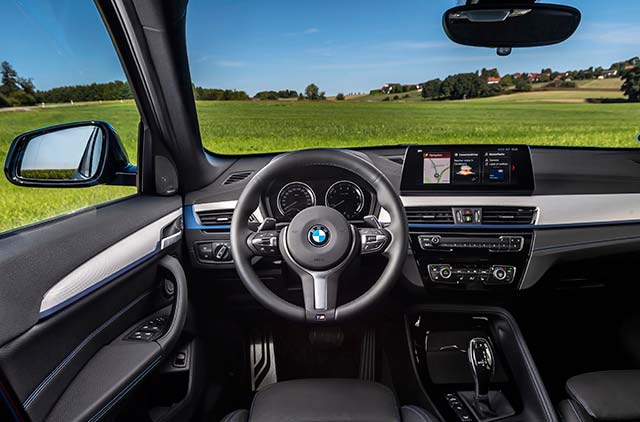 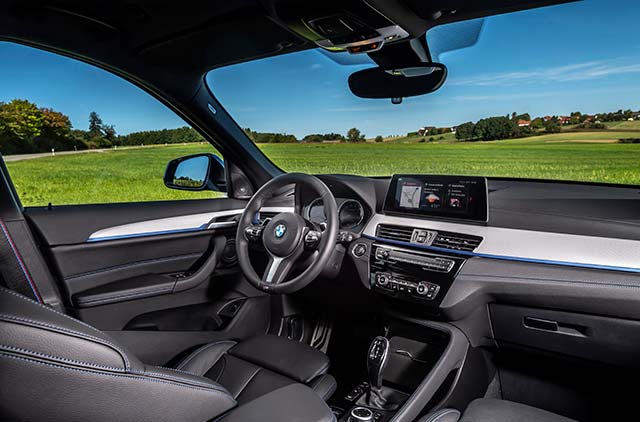 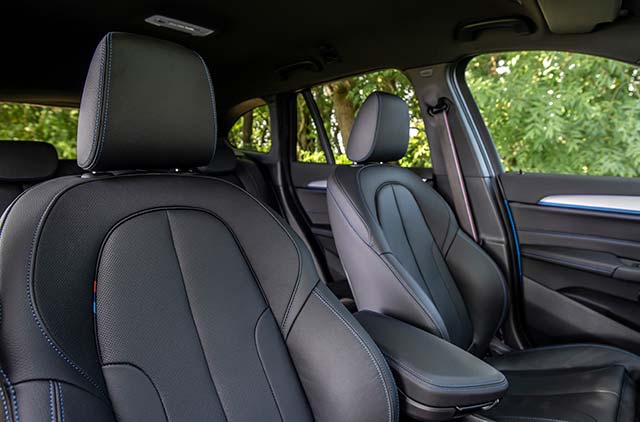 The all-new BMW X1 xDrive25e is the latest addition to the plug-in hybrid family of the German luxury car maker.

In the new BMW X1 xDrive25e, the intelligently controlled interaction between a fuel combustion engine and an electric motor as well as locally emissions-free travel can now be experienced in the Sports Activity Vehicle (SAV) premium segment.

A highly efficient electric drive and a latest-generation lithium-ion battery enable an electrically powered range of up to 57 kilometres.

With an average fuel consumption from 2.0 litres per 100 kilometres and CO2 emissions from 43 grams per kilometre, the new BMW X1 xDrive25e sets a benchmark within its competitive field. Its combined power consumption is from 13.5 kWh per 100 kilometres. The hybrid specific all-wheel drive with its fast and precise distribution of power between the front and rear wheels delivers a high level of driving pleasure and thrilling agility.

The plug-in hybrid system of the new BMW X1 xDrive 25e consists of a 1.5 litre 3-cylinder petrol engine with BMW TwinPower Turbo Technology and an electric drive specially developed for this model. It is taken from the eDrive technology modular system of the BMW Group. The petrol engines mobilises a peak output of 92 kW/125 hp and a maximum torque of 220 Newton metres. It transfers its power to a 6-speed Steptronic transmission and drives the front wheels. The electric motor generates an output of 70 kW/95 hp and delivers 165 Nm of torque to the rear wheels via a single-speed transmission. This makes for a hybrid specific all-wheel drive, which gives the BMW X1 xDrive25e a unique level of agility in its competitive field delivering hallmark SAV driving pleasure.

The highly responsive power delivery of the electric motor, which delivers its full torque spontaneously from standstill enables the driver to react extremely quickly to changing driving conditions. In addition the position of the electric motor above the rear axle contributes to the harmoniously balanced axle load distribution of the new BMW X1 xDrive25e. In conjunction with the intelligently controlled interaction between the two power units, it provides maximum driving stability, ride comfort and dynamic response.

Together the combustion engine and electric motor produce a system output of 162 kW/220 hp. The maximum system torque of both drive units is 385 Nm. The new BMW X1 xDrive25e accelerates from 0 to 100 km/h in 7.0 seconds. In addition, the electric boost provided by the drive system ensures additional safety reserves and intense sporty flair when overtaking on country roads, for example. The top speed of the plug-in hybrid model is 192 km/h.

With the very latest battery cell technology the new BMW X1 xDrive25e possesses generous reserves of electrical energy enabling the driver to conduct the main share of everyday travel locally emissions-free with the electric motor alone. The latest-generation lithium-ion battery has a gross energy content of 9.7 kWh. This allows for an electrically powered range of up to 57 kilometres in the BMW X1 xDrive25e. The high-voltage battery can be charged at conventional household sockets using the standard-equipment charging cable. The battery can be fully charged in around five hours in this way. Using a BMW i Wallbox, the relevant charging operation takes less than 3.6 hours. The charging socket is located under a separate flap on the front left side wall of the car.

The driver can use the eDrive button on the centre console to influence the drive system’s operating mode. In the AUTO eDRIVE standard setting, the intelligent drive system ensures optimum interaction between the two power units in all driving situations. Navigation data is also used to manage the plug-in hybrid system to increase both efficiency as well as driving pleasure. When navigation guidance is activated, the anticipatory energy management can also take into account the route profile for controlling the drive system. The MAX eDrive mode can be activated for maximum use of the electric drive. In this mode, the new BMW X1 xDrive25e reaches a top speed of 135 km/h. In addition there is also the SAVE BATTERY mode. It enables the driver to maintain the charging state of the high-voltage battery while driving or to increase it by means of recuperation. In this way battery capacity can be saved for later use when driving in purely electric mode in the city for example. The driving experience switch can be used independent of the drive mode. In the new BMW X1 xDrive25e, the driver can use this to activate the COMFORT, SPORT and ECO PRO modes in order to influence the drive and suspension functions as well as to operate the electrically powered comfort systems.

Due to is long electric range and its low CO2 emissions, the new BMW X1 xDrive25e (depending on equipment) meets the criteria which have been stipulated for the classification as an electric vehicle in Germany and the associated preferential treatment in public road traffic. In addition it also qualifies for reduced company car taxation in Germany. Only half the gross list price is used as a basis when calculating the monetary benefit from private use of the company car.

The new BMW X1 xDrive25e features acoustic pedestrian protection as standard. When driving electrically at speeds of up to 30 km/h, an unmistakeable sound designed specifically for electrified BMW models is generated to alert other road users to the approaching car without impairing the acoustic comfort of the vehicle occupants. In addition the standard equipment of the compact SAV with plug-in hybrid drive also includes 17 inch light alloy wheels, 2-zone automatic air conditioning as well as auxiliary air conditioning. The interior can be pre-conditioned remotely via BMW Connected using a smartphone. As an alternative to the basic version, the new BMW X1 xDrive25e is available as a Sport Line, xLine and M Sport model. In addition to the respective equipment packages, virtually all options of the conventionally powered BMW X1 are available for the plug-in hybrid model.

The positioning of the high-voltage battery underneath the rear seats not only leads to a very low centre of gravity, which optimises the agility of the BMW X1 xDrive25, but also to a slightly reduced transport capacity compared to the conventionally powered compact SAV model variants. The 450 litres luggage compartment volume is fully available in primary use. With a standard split of 40: 20: 40, the folding backrests enable this to be increased to 1,470 litres. A trailer tow hitch with detachable ballhead is optionally available for the new BMW X1 xDrive25e. The maximum trailer load is 750 kilograms.