Survey: 60% of UK adults willing to purchase an electric vehicle to benefit the environment 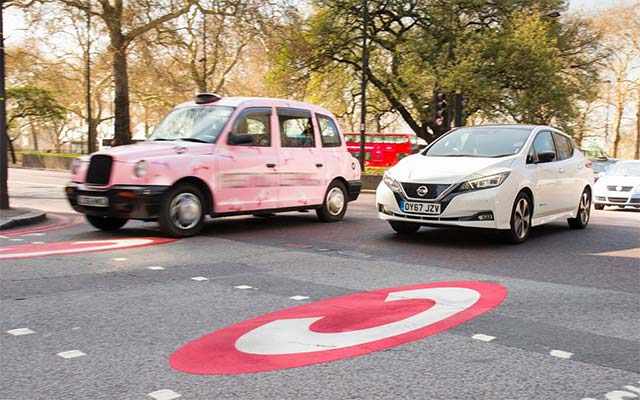 The Mayor of London’s introduction of the Ultra Low Emissions Zone (ULEZ) today, will help to ease the minds of the one in three UK adults that has felt affected by poor air quality in city centres, according to a survey by Nissan.

Poor air quality in cities is caused by a combination of traffic, construction sites, building energy use for utilities such as heating and hot water, as well as domestic appliances and even cleaning products.

In a survey of 2,000 adults across the UK, Nissan’s research found that only 1 in 3 were aware of the ULEZ going live on 8th April, yet almost half of all respondents support the daily charge’s introduction. Confusion over whether one must pay the charge or not was high, with 75% of those surveyed having no idea what the Euro emission standard rating is for their current vehicle – the criteria that dictates their eligibility to pay the ULEZ charge or be exempt.

Interestingly, even non-Londoners were in favour of ULEZ, with 35% saying they thought their nearest city would benefit from the introduction of a ULEZ charge. In addition, 31% said it would change how much they drove and 27% said it would make them more likely to adopt an electric vehicle as a result.

Health and air quality
The impact of air quality on health is also top of mind for adults in the UK. 1 in 4 respondents are worried about their health, with growing concerns they will develop health issues such as asthma, because of living in a city. Nissan’s survey found that >40% of adults suffer with more breathing issues when getting around cities than they do in the countryside, while >60% think air quality is the most dangerous long-term health concern facing people who live in modern cities.

“It’s clear that as the UK continues to implement its Road to Zero strategy – which will see at least half of all new cars sold being ultra-low emission models by 2030 – UK citizens are taking a more active interest in the benefits of electric vehicles, which contribute strongly to improving air quality in city centres.” said Andrew Sellars, Sales Director and Interim MD, Nissan Motor (GB) Limited.

“However, it’s also clear that more needs to be done to increase public awareness about how electric vehicles, such as the Nissan LEAF and e-NV200 van, can help drivers avoid charges like those in the new ULEZ zone. The financial incentives to purchase an electric vehicle can be greater than £10,000, and are there to encourage people to change their vehicle for one with zero tailpipe emissions.”

Commercial advantage of going electric
“It has never made more commercial sense for van and fleet owners to go electric,” said Iker Lazzari, Fleet Director, Nissan Motor (GB) Limited. “The Nissan LEAF, Europe’s best-selling EV, and the e-NV200 light commercial vehicle are just two examples of how Nissan’s Intelligent Mobility offering for fleets provides vehicles with zero tailpipe emissions that deliver significant cost savings to businesses, while also helping to clean up London’s air in line with the ambitions of the ULEZ charge.”

Van drivers who trade in non-ULEZ compatible vehicles for Nissan’s e-NV200 can make significant savings over the course of three years of ownership.