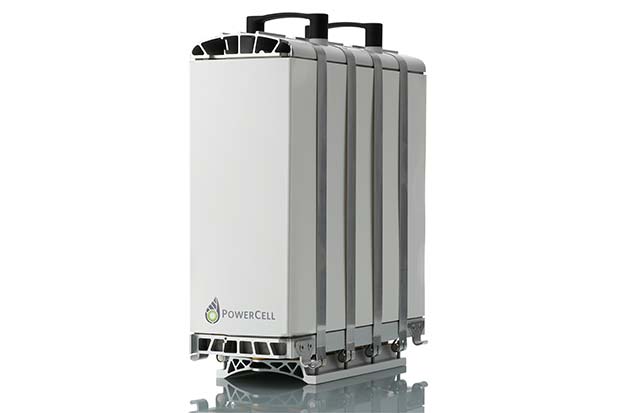 The agreement includes a joint development of the S3 and a license whereby Bosch gets the exclusive right to produce and sell the new and improved version of PowerCell S3 for automotive applications such as cars, trucks and buses.

Bosch will pay PowerCell €50 million for the license and a royalty fee for every product sold.

“By teaming up with Bosch we can achieve a commercial break-through within the automotive industry that would be very hard for us to accomplish on our own”, Per Wassén, CEO of PowerCell said.

The automotive industry is coming under increasing pressure to cut emissions of carbon dioxide. Over the last year the EU has imposed new and very strict regulatory demands for CO2 emissions from cars, vans and commercial vehicles like trucks and buses. The EU’s fleet requirements for trucks call for a reduction of CO2 emissions by 15 percent on average by 2025, and 30 percent by 2030.

“This target can only be met with an increased electrification”, Per Wassén said. “PowerCell with its leading fuel cell technology can play a decisive role here and the cooperation with Bosch presents us with a tremendous opportunity to bring about the change needed.”

The German company Robert Bosch GmbH is the world’s largest supplier to the automotive industry and is developing components for fuel cell systems for automotive vehicles. Bosch has previously received deliveries of PowerCell fuel cell stacks for their systems and in December last year, the parties signed a term sheet regarding a joint development cooperation for PowerCell S3 for the automotive segment.

“In the fuel-cell domain, Bosch already has a strong hand, and the alliance with PowerCell makes it even stronger. Commercializing technology is one of our strengths. We are now going to take on this task with determination and develop this market,” says Dr. Stefan Hartung, member of the Bosch board of management and chairman of the Mobility Solutions business sector.

The current version of PowerCell S3 has a power range of 30-125 kW, runs on pure hydrogen and is based on PEM technology. The PowerCell S3 has world-leading power density and is built with bipolar plates made of steel to be able to withstand and function under rough and varying conditions.

PowerCell will maintain its rights to commercialize the S3 stack and the jointly developed new version of the S3 in non-automotive applications, like stationary and marine applications, which are not covered by the agreement.