The Electric Circuit to deploy 1,600 fast-charge stations in Québec over the next 10 years 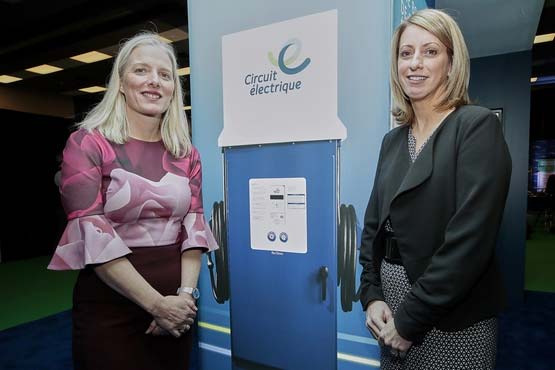 In June 2018, the National Assembly unanimously adopted An Act to promote the establishment of a public fast-charging service for electric vehicles. The new legislation authorizes Hydro-Québec to use revenue from the increase in electricity sales generated by charges carried out primarily at electric vehicle drivers’ homes to fund the installation of more fast-charge stations. Electricity rates will therefore not be affected.

Hydro-Québec’s specific objectives will be as follows:

Over time, the speed with which the new charging stations are installed will be modified based on the following:

The successful rollout relies on the cooperation between partners who will provide space for the new charging stations, namely Desjardins, Le Groupe Crevier, Les Rôtisseries St-Hubert and Metro, as well as the Ministère des Transports du Québec, given that some charging stations will be located at rest stops.

There are currently close to 40,000 electric vehicles registered in Québec and the Electric Circuit has more than 1,700 charging stations, including 168 fast-charge stations.