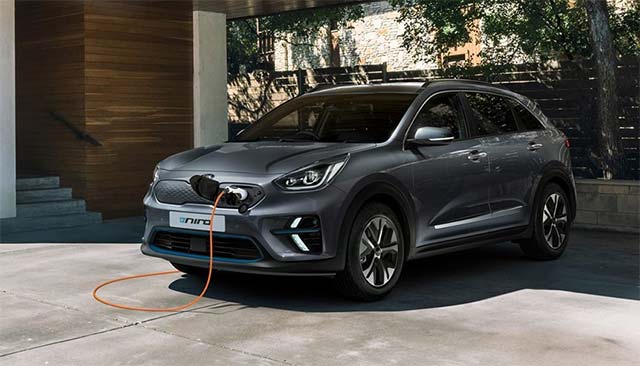 As part of the arrangement, Pod Point will install smart charging units for the car maker’s customers throughout the UK. The new partnership was announced as the automotive manufacturer launched its 64kWh Kia e-Niro, which has recently been named Car of the Year 2019 by What Car?.

With a real-world range of 282 miles, the e-Niro, which has a starting price of £32,995 (after the £3,500 Plug-in car grant), is suitable for long-distance drives and daily commutes. Its joins Kia’s already extensive range of electrically powered models, including the Niro Self-Charging Hybrid, Niro Plug-in Hybrid, Optima Sportswagon Plug-in Hybrid and Soul EV.

In 2018, Kia was the UK’s sixth bestselling brand of hybrid, plug-in hybrid and electric vehicles. It is set to launch its #GoElectric initiative as part of a wider campaign to become one of the industry’s leading EV manufacturers.

Helen Mutter, General Manager Planning and Programmes of Kia Motors: “As a brand we want to ensure that our plug-in hybrid and electric vehicle customers have access to the best homecharging solution to maximise the enjoyment of their car. Pod Point impressed us with the quality of smart homechargers and its commitment to excellent customer service. We’re looking forward to working with them as we roll out one of the most ambitious electrification strategies in the industry.”

Erik Fairbairn, Pod Point CEO and Founder: “Kia Motors have announced some of the most exciting mass market EVs that we’re due to see launched in 2019 and we’re delighted to be providing homecharge solutions for their customers.”

Feb 4, 2019Blagojce Krivevski
The Electric Circuit to deploy 1,600 fast-charge stations in Québec over the next 10 yearsBMW Reports January 2019 US Electrified Sales