Honda has revealed an interior image of its new compact electric vehicle prototype.

The interior is designed to create a warm and engaging atmosphere inspired by the Urban EV Concept launched at 2017 Frankfurt Motor Show.

The driver interface shown in the image features a full-width dashboard with clean design elements and intuitive user focused technology.

The prototype version of the electric vehicle will be unveiled on 5 March at 2019 Geneva Motor Show. 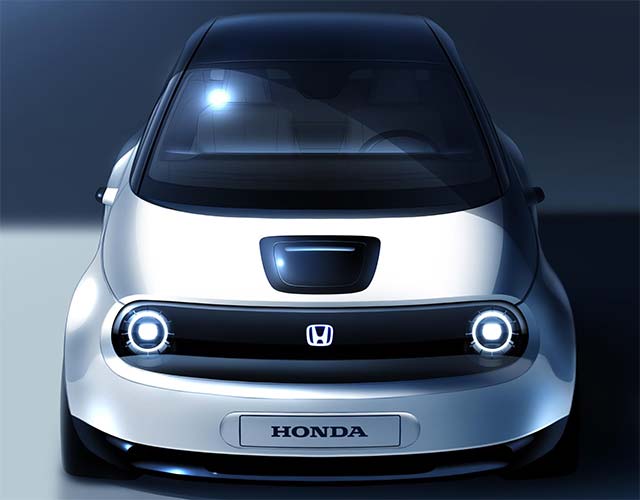 The Urban EV Concept previews Honda’s first mass-produced battery electric vehicle sold in Europe. The Concept features a simple and sophisticated design, slim A-pillars and wide windscreen that appears to sweep around the entire front of the passenger cabin.

Inside, four occupants can be accommodated in comfort across the concept car’s two bench seats, which are finished in different materials to create the ambience of a lounge. The front row is upholstered with a natural grey fabric and embellished with contemporary wood finish accents. The dashboard features a wrap-around screen that extends into the doors. The dashboard display presents a range of vehicle information, while the extended door screens function as the car’s side mirrors through digital camera displays.

The debut is a further demonstration of Honda’s ‘Electric Vision’, a commitment that two thirds of European sales will feature electrified technology by 2025. A mass production version of the car will be on sale later in the year.