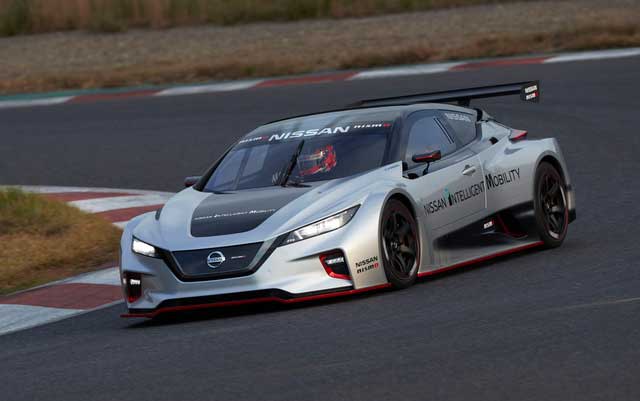 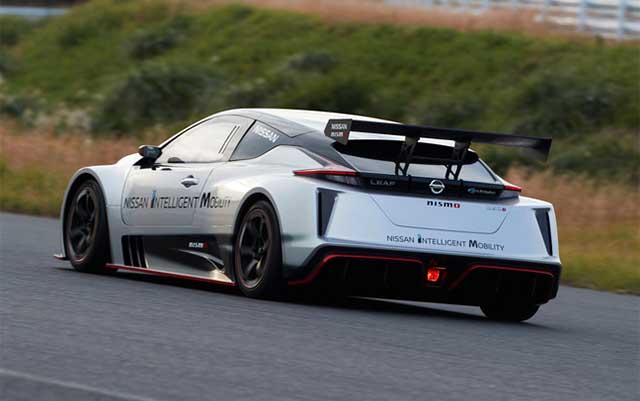 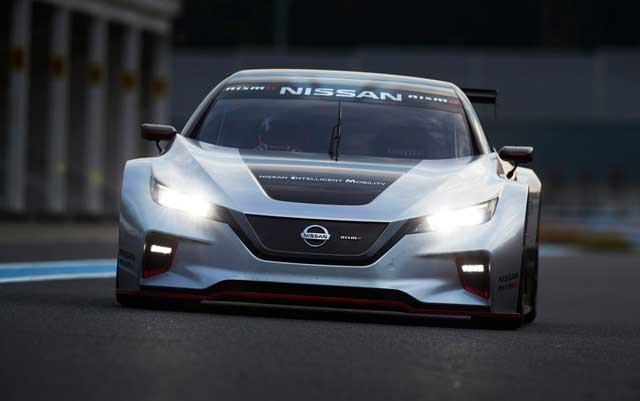 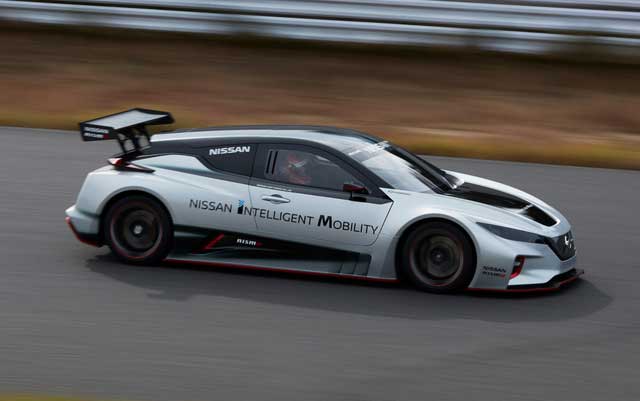 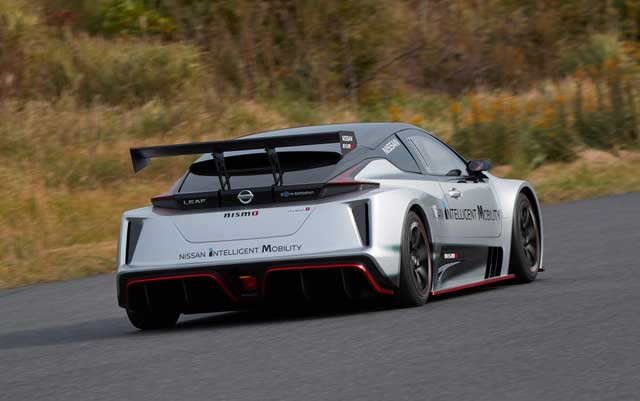 The all-new Nissan LEAF NISMO RC, an electric race car with more than double the maximum power and torque output of its predecessor, was unveiled today in Tokyo.

The unveiling took place at Nissan Crossing in the city’s Ginza district. The car, which was developed by Nissan’s racing arm, NISMO, with its race technology know-how, will officially debut on Dec. 2 at the annual NISMO Festival at Fuji International Speedway, appearing alongside Nissan’s new Formula E electric race car.

“The all-new LEAF NISMO RC shows how we’re setting our sights even higher when it comes to raw power and performance – making electric vehicles even more exciting for customers,” said Executive Vice President Daniele Schillaci, Nissan’s global head of marketing, sales and electric vehicles. “It’s our most thrilling expression yet of the philosophy of Nissan Intelligent Mobility.”

Nissan plans to build six all-new LEAF NISMO RC vehicles to deploy around the world, so that fans can experience the power and excitement firsthand.

The pinnacle of electric power, now with all-wheel-drive

Powering the all-new Nissan LEAF NISMO RC are two electric motors at opposite ends of the chassis. The motors produce 240 kilowatts combined (120 kW each) and an astounding 640 Nm of instant torque to the wheels. They more than double the maximum power and the torque output of the previous LEAF NISMO RC, which was introduced in 2011. Drivetrain technology sourced from the new Nissan LEAF include the high-capacity lithium-ion battery and inverters.

A new all-wheel-drive system gives the LEAF NISMO RC its outstanding cornering prowess. Power is managed independently to each axle, instantly supplying torque to the tire with the most grip to let the car maneuver quickly and efficiently around the track. Similar to the previous model, chassis weight balance has been optimized by the midship location of the battery pack, with the electric motors and inverters ideally placed over the front and rear tires.

The LEAF NISMO RC features a multitude of lightweight components and a full carbon-fiber racing monocoque structure, allowing it to tip the scales at just 1,220 kilograms. The power-to-weight ratio results in an impressive performance of zero to 100 kph in just 3.4 seconds – 50% quicker than the previous model.

While the exterior of the all-new Nissan LEAF NISMO RC is spiritually based on the original LEAF NISMO RC, it sports a more aggressive exterior. A long hood and Nissan’s signature V-motion grille highlight the totally restyled front end. The distinctive silver-and-black paint scheme with NISMO red accents – similar to the Nissan Formula E car – make the LEAF NISMO RC seem like it’s in constant motion, even when sitting still at the starting line.

The car’s three-piece bodywork includes removable front and rear sections, fixed windows, LED headlights and tail lights, and an adjustable rear wing for ideal downforce on the tarmac. The model is slightly longer than its predecessor, with an overall length of 4,546 millimeters and a wheelbase that measures 2,750 millimeters. The Nissan LEAF NISMO RC sits wide and low to the ground, with its wind-cutting form measuring only 1,212 millimeters from roof to road – more than 300 millimeters less than the production Nissan LEAF.

The all-new Nissan LEAF NISMO RC will be on display at Formula E races and major shows and events around the world. At the NISMO Festival, fans will be treated to a performance of the all-new LEAF NISMO RC with professional drivers, running at full tilt around the Fuji Speedway circuit.